Twitter has incorporated native video support into its Twitter kit developer offering. When implemented, app users will be able to watch full-screen Twitter videos and GIFs without having to open up a new app or go to a browser. The company says that iOS apps are supported now, with support for Android coming soon. 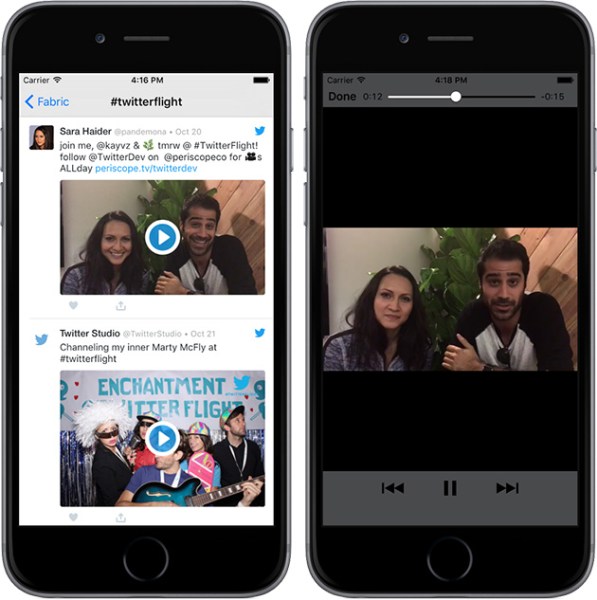 With people sharing Vines, or even videos taken from within Twitter, having a natural feel to the user experience can be important. Personally, I’m not a fan of clicking on a video link and having it jump me to another site because after I’ve finished watching it, I may not remember to go back to whatever app I was previously using.

By making media such as photo and videos part of Twitter Kit, the service is hoping to offer a more seamless experience.

Twitter says that this feature will support the latest version of Twitter Kit on iOS 8 and above.