Using the new capabilities in MoPub, developers can then create video ads that match the look and feel of their apps, said MoPub senior director Kate Herbert on stage at the Twitter Flight developer conference today in San Francisco. 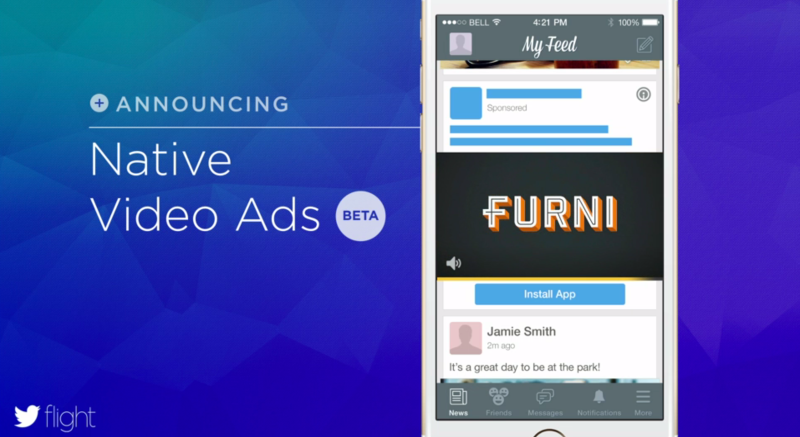 Like the native display ads, developers can work with a small group of design elements to create an ad within their app. The elements include the headline, text, and images.

Twitter stressed that it’s important for developers to begin integrating marketing features into their apps early on in the development process.