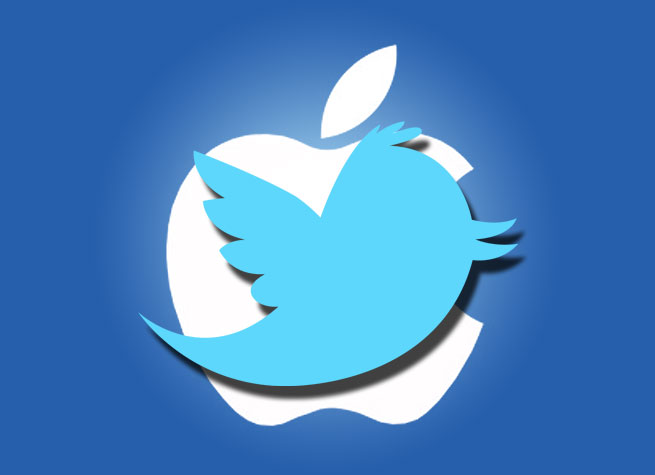 The Twitter rumor mill is grindin’ away this morning, and here’s another tidbit just fallen from the old grindstone: Apple had been in talks to invest in Twitter, but the deal is officially off the table. Said investment supposedly hinged on Twitter’s integration with Apple’s mobile operating system.

Even so, we read in the always entertaining Wall Street Journal, the two companies plan to create stronger ties between their products, even going so far as to weave Twitter into iTunes as a replacement for Ping, Apple’s socially awkward music companion app.

Apple had been in talks to snuggle up to Facebook, the Journal report continues; however, those overtures came to naught, so Apple is back onboard with Twitter when it comes to these types of deep product tie-ins.

Still, we saw a lot of Facebook integration with iOS 6.

We have our own theories about why Twitter and Apple wouldn’t make good investor/investment partners. First, Twitter taking money from Apple would be a pretty explicit “eff you, buddy” to other operating system manufacturers, browser builders, and mobile OS makers. That’s a lot of people to piss off for a few million bucks; if the company were looking for a strategic investment, choosing Apple might end up being a pretty poor strategy.

Second, Twitter’s not exactly hurting for cash, in case you hadn’t noticed. The startup has already taken in excess of $1 billion from the likes of Kleiner Perkins and DST, the Russian mega-firm that also invested a few hundred million each in Facebook, Groupon, Zynga, and Alibaba.

Third, Apple doesn’t need to invest in Twitter to get what it wants out of social media services.

As our Fearless Leader Matt Marshall wrote in an excellent post last week, “At the time of the said negotiations last year, Apple was wringing its hands about how to build traction in social networking … [But] since early last year, things have calmed down markedly. While Apple may not have gotten its way with Facebook, it worked out a deal that was good enough.”

In conclusion, Apple’s not investing in Twitter, which would have been a bad idea all around, but it may have a closer relationship with Twitter than with Facebook, which could prove interesting for iTunes users.