Twitter CEO Dick Costolo says he’s taking a long, hard look at the abuse, bullying, and harassment that goes on every day on Twitter.

Costolo believes the behavior is driving people away from using the microblogging platform. And Twitter — at 284 million registered users (and far fewer regular users) — needs to keep growing its user base to support the advertising needs of its big-brand clients. 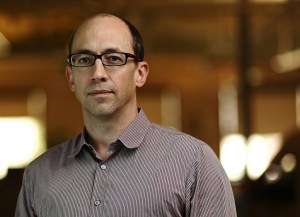 “We suck at dealing with abuse and trolls on the platform and we’ve sucked at it for years,” Costolo said in an internal memo that was obtained by The Verge.

“It’s no secret and the rest of the world talks about it every day,” Costolo writes. “We lose core user after core user by not addressing simple trolling issues that they face every day.”

Costolo’s comments were inspired by a question on an internal Twitter forum about what Twitter could do to ease the suffering of people like Lindy West, who has been a target of abuse on Twitter. West recently told her story on This American Life and in the Guardian.

“We suck at dealing with abuse and trolls on the platform and we’ve sucked at it for years. It’s no secret and the rest of the world talks about it every day. We lose core user after core user by not addressing simple trolling issues that they face every day.

“I’m frankly ashamed of how poorly we’ve dealt with this issue during my tenure as CEO. It’s absurd. There’s no excuse for it. I take full responsibility for not being more aggressive on this front. It’s nobody else’s fault but mine, and it’s embarrassing.

“We’re going to start kicking these people off right and left and making sure that when they issue their ridiculous attacks, nobody hears them.

“Everybody on the leadership team knows this is vital.”

Studies have shown that women are the target of abuse on Twitter more often than men. Last week the feminist critic Anita Sarkeesian documented the harassment she received on Twitter from January 20 to 26. In that one-week period the abusive tweets go on and on and on. They contained incitement to suicide, sexual violence, and rape and death threats.

Sarkessian drew the ire of gamers because of her criticism of the way women are portrayed in games, and the way gaming culture regards women in general.