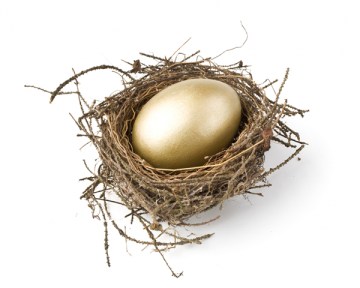 Twitter confirmed its latest round of funding, reportedly valuing it at $1 billion. The new investors are Insight Venture Partners and T. Rowe Price. Institutional Venture Partners, Spark Capital and Benchmark Capital raised their existing investments in the microblogging network.

The company didn’t release any info about how much it raised. It’s fairly standard for start-ups not to talk about their valuations, however many do make note of the round size. The company raised as much as $100 million, according to The Wall Street Journal yesterday. That’s on top of the $55 million it already has raised.

It was important to us that we find investment partners who share our vision for building a company of enduring value. Twitter’s journey has just begun and we are committed to building the best product, technology, and company possible. I’m proud of the team we’ve built so far and I’m confident in the future we’ll build together.

What will Twitter use it for? With a head count of around 60 and their last round in February, they have a pretty low burn rate given what they’ve raised. Instead, they’ll use it to stay independent as they have doggedly done in spite of an offer from Facebook last fall. This would also significantly raise their acquisition price if they changed their minds.

As we’ve written before valuations are an inexact science. A company is worth what investors are willing to pay for it. This new cohort’s saying Twitter has what it takes to be a ten-figure-company.