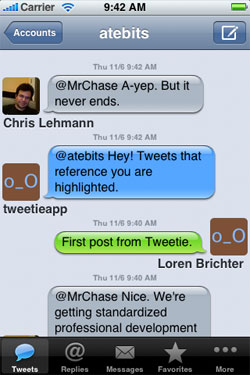 New data from comScore says that while MySpace mobile use is on the wane, Facebook traffic from phones has more than doubled from a year ago. But Facebook’s growth rate isn’t nearly as impressive as Twitter’s.

According to a comScore report published Monday, here’s how mobile traffic compares to last year’s stats: