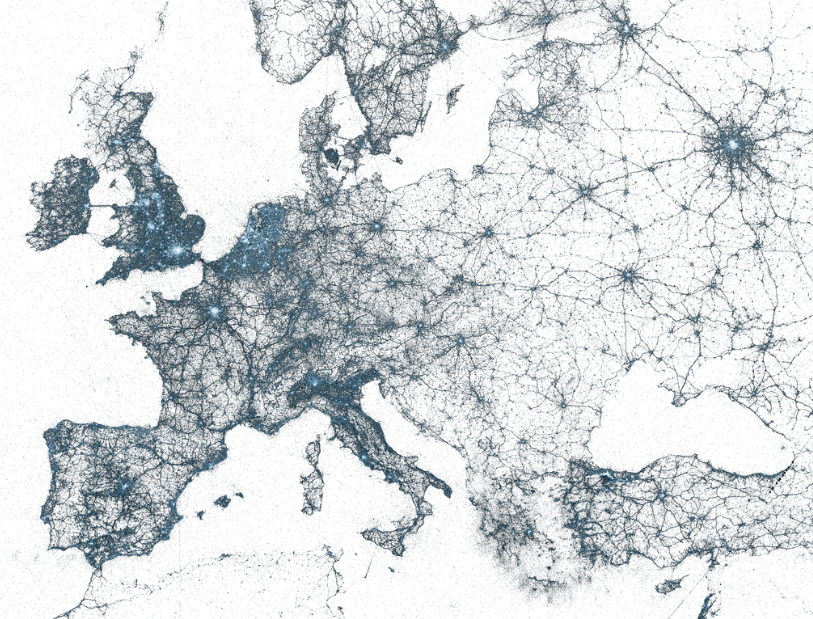 Twitter’s visual insights team is obsessed with the patterns that emerge from the seeming chaos of random people tweeting random things in random places.

But, as an analysis of all the billions of geo-tagged tweets since 2009 shows, there’s nothing random about it.

Twitter plotted all geo-tagged tweets for key global locations on a map. And the result is big data come to life — and a vision of how we move, where we live, and where we congregate in the largest numbers:

Not surprisingly, the tweet patterns in most cities are defined by their physical geography.

New York, for instance, shows a clearly-defined island of Manhattan. Tokyo clearly shows the concentration of the city and its density, and the relative vacuum of Tokyo Harbor. San Francisco shows the city’s two main bridges peeling off from the peninsula. The tweet-map of Istanbul clearly shows the Bosporus, dividing Europe and Asia.

And Moscow is stunning in its seemingly master-planned circularity, with ring roads ringing the Russian capital at ever-increasing distances.

One map the Twitter data team highlighted is the map of Europe, which is fascinating not just for the continental patterns it reveals, but, as Twitter engineer Miguel Rios says, “because it shows all the maritime traffic from different cities and countries.”

After all, tweeting is not limited to the ground.