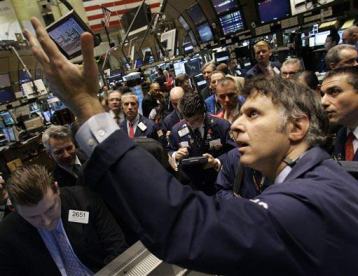 We recently wrote about a study from Pace University that showed that the popularity of a company in social media can predict its daily stock price. Now economists at the Technical University of Munich (TUM) have launched a website that predicts individual stock trends based on Twitter chatter.

TUM previously conducted a study in which text and sentiment analysis methods were used to analyze tweets related to particular stocks and whether they contained “buy”, “sell” or “hold” messages. The study showed that the sentiment from Twitter messages tracks stock market returns for individual stocks and can even predict them a day ahead. If an investor had oriented their share purchases according to the Twitter sentiment in the first half of 2010, they would have achieved an average rate of return of up to 15 percent.

While the Pace University study only tracked the stock prices of 3 companies (Starbucks, Coca Cola and Nike), TUM’s study looked at tweets related to any S&P 500 company over 6 months in 2010 as indicated by the presence of a relevant hashtag and gauged the relationship of those tweets to stock returns, trading volume and stock price volatility. 250,000 tweets were included in the study.

The information in tweets captured market movements fairly quickly, and strong buy signals on Twitter were followed by abnormal returns (higher than expected returns) from that stock the following day. Higher volumes of tweets about a particular stock were also related to higher next day trading volume of that stock.

High volatility, where the stock price varied a lot, led to higher Twitter message volume as people consulted their peers for information. There were also more disagreements between Twitter users on a particular stock (whether to buy, sell or hold) when the trading volume was higher.

The 1.5 percent of users who were responsible for 50 percent of the tweets analyzed also didn’t necessarily give better investment advice than average. But a certain subset of users in the high-frequency group made accurate predictions in more than three-quarters of messages. Those users were rewarded with higher RT rates and follower increases.