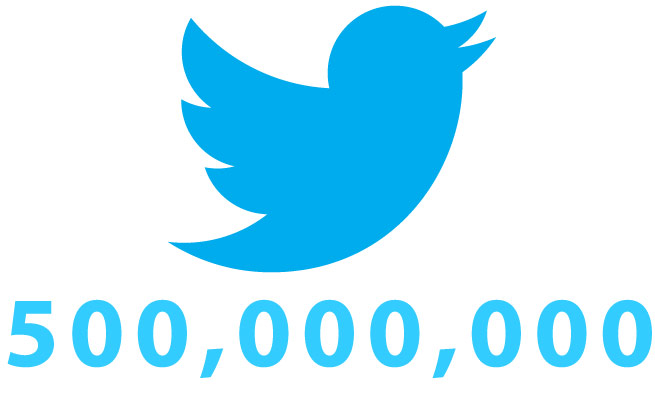 By analyzing 517 million Twitter profiles and over a billion public tweets, the company was also able to determine that 140 million of those users are in the U.S., with Brazil coming in second at just over 40 million Twitter users. But not all users are active.

“Our estimate is that about a third of all registered users connect monthly,” Semiocast representative Paul Guyot told VentureBeat. “But the activity rate really depends on the country — Japanese users tweet more, for instance.”

Twitter was widely reported to be reaching the half-billion mark in February of this year, but the company stayed mum and others were skeptical. One challenge in reporting Twitter users is that spam accounts are easily and frequently created — more easily than on Facebook.

Semiocast’s numbers seem more credible because the company is also analyzing tweets from those accounts, and geolocating users via clues in language, time zone, user profile data, and GPS coordinates where available.

The top 20 countries are led by the U.S. and Brazil, but Japan is still third, with the UK and Indonesia rounding out the top five. 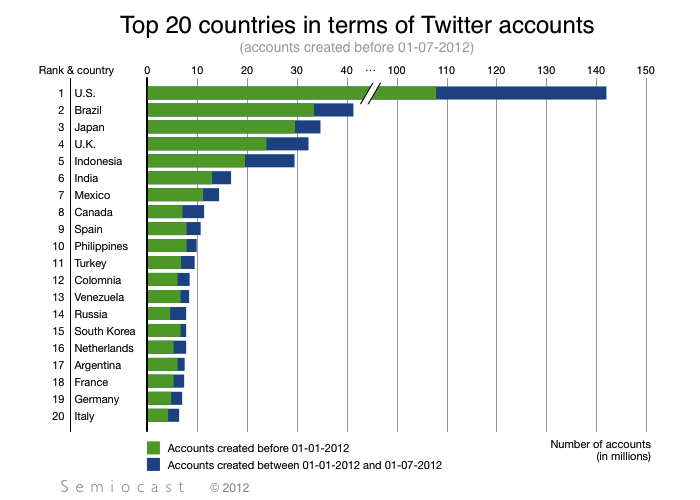 The list of op cities is also interesting. Jakarta, Indonesia takes top ranking among tweets that could be geo-located. (Bandung, at number six, is also an Indonesian city.)

Based on Semiocast’s study, Tokyo, London, and Sao Paulo were second, third, and fourth. Even though the U.S. is the top country, the first American city came in at number five: New York. 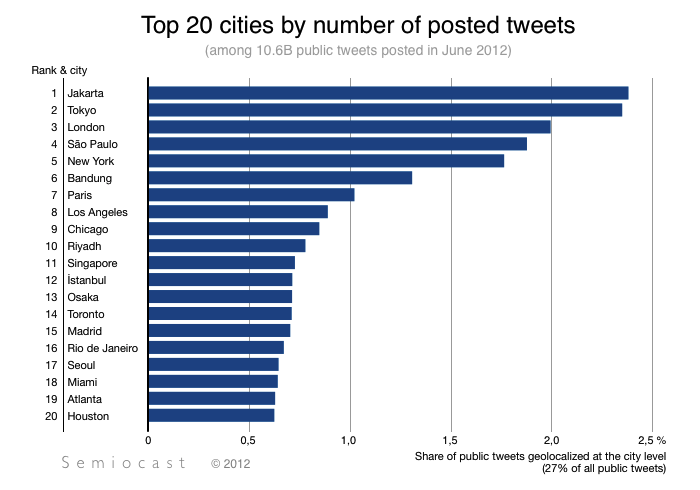 And check out number 10: Riyahd, Saudi Arabia. Echoes of the Arab Spring and the role social media played are still in the air, and this is an indication that Twitter is still growing fast among Arabic speakers; Semiocast reports that Arabic is now the sixth most popular language on Twitter, used in 2.8% of all public tweets.

On a somewhat poignant note, San Francisco, the birthplace of the tweet, now accounts for only .2 percent of all geo-locatable tweets.