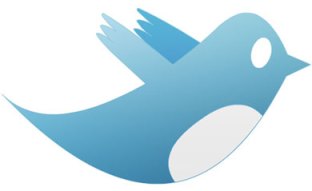 Despite its massive growth, Twitter has always had a big user retention problem: most people who sign-up don’t get it.

Twitter co-founder Biz Stone revealed a bit more today about how he plans to resolve that. The company’s designers are working on a search function that will let users find people with similar interests or that live nearby, according to a Bloomberg interview.

Studies have shown that the microblogging network has more lurkers than active users. In June, market data provider HubSpot reported that more than half of Twitter users have never tweeted. Fifty-three percent have no followers and 56 percent of users had never followed anyone.

Twitter accounts resemble a power-law distribution — very, very few super users follow or have hundreds of thousands of followers while the vast majority are connected to only a handful of accounts. Twitter has taken some steps toward making it easier for non-technophiles to understand. It revamped its homepage over the summer, putting search at its heart and repositioning itself as more of a news service and customer relations tool for small businesses. Its recently released location API, which lets you add your actual location onto your tweets, should also make it a lot stickier for friends who want to spontaneously arrange meet-ups and help generate leads for local businesses.