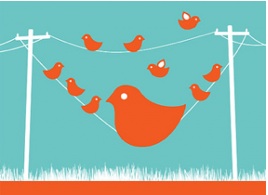 A year ago Twitter didn’t have a business model. Now it may have more potential revenue sources than it can keep track of.

Yesterday, the company announced that it was adjusting its API to allow ads to appear on third-party apps. Today, it announced it has hired two veteran ad sales people to build out a litany of new advertising options. In recent weeks, it has also launched branded promotions through its “EarlyBird” offers service and opened up commercial accounts to give business marketing teams access to data and analytics.

As far as traditional ads go, the company offers what it calls its “Promoted Suite,” which includes promoted tweets and promoted trends. Those two features have rolled out to only a limited extent, but the company’s Monday update of changes to its API appears to mean they will be rolled out more completely soon. The API tweak is expected to place ads in third-party applications such as Tweetdeck and Seesmic, with those and other companies sharing some of the revenue. How much has yet to be determined. These types of ads have been called ineffective by some because they add to the noise of the site. Twitter has said it will beta test these products over the next few months to see how well they work.

With the EarlyBird program, the company promotes special deals with partners “crafted only for the Twitter community,” straight from a special account. JetBlue, Virgin America and Disney among others have tried this one out so far. It should be noted that Virgin claimed rousing success, with it’s “fourth biggest sales day” ever. Aside from that, Twitter also charges Microsoft’s Bing, Google and Yahoo for the data on its main feed.

Another business model allegedly in the hopper is that Twitter may give people the option to buy their way into a larger following. That would be a controversial move because the company has always frowned on people who use third-party applications to build followings unnaturally. But Twitter may have had a change of heart. Purchasing followers appears to fit in naturally with the site’s recently released “Who to Follow” feature.

The biggest question is just how effective any of these models could be. Twitter users are already sensitive about the amount of noise on the site. Would injecting ads into the mix be too much? It appears to have worked for Virgin. And, how much are several thousand paid-for followers even worth if they don’t actually know you in person and are possibly not engaged with what you have to say?

Twitter has said it hopes to “ramp up” revenue during the fourth quarter. Whether or not these ad options are easy to understand or effective is still a bit murky, but the social network is, at the very least, putting building blocks in place.