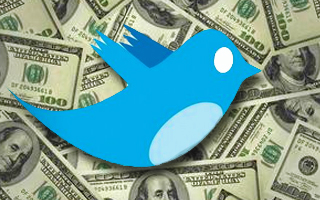 For a company that (rather famously) didn’t have a business model just three years ago, it’s been a dramatic climb.

Still these ad dollars pale in comparison to what Facebook will rake in this year, a figure in the multibillion dollar range.

It’s difficult to imagine Twitter playing at the same scale. According to previous forecasts, Twitter won’t pass $1 billion in revenue until at least 2016.

In an email conversation with VentureBeat, an eMarketer spokesperson said, “We forecast in early 2011 that Twitter would earn $150 in revenue that year, and that number was subsequently cut in September — a result of Twitter’s slower-than-expected rollout of several ad offerings including ad sales offices in markets outside the U.S. and a platform enabling advertisers to buy ads on a self-serve basis.”

Twitter CEO Dick Costolo said at a meeting three weeks ago that the ad products are selling well and that brands are happy with the results.

“We continue to see great engagement rates,” he stated. “The health of the business is great.”

One thing Twitter hasn’t done is publish a breakdown of which Promoted products are performing best or how much revenue comes from which ad products — a set of statistics we’re sure brands would love to get their hands on.

As far as valuation is concerned, other sources peg Twitter’s 2011 enterprise value around $3 billion and its market capitalization around $3.6 billion.