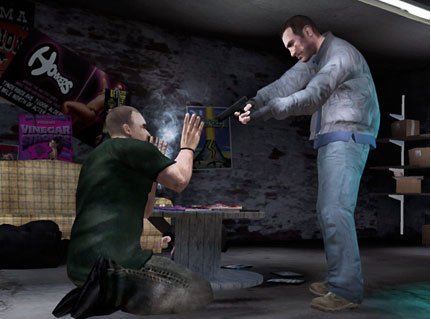 The U.S. Supreme Court said today it would review a California law that prohibited sales of violent video games to minors. An appeals court previously struck down the law, saying it is an unconstitutional infringement of free speech.

The high court agreed to hear an appeal by California Governor Arnold Schwarzenegger and Attorney General Jerry Brown about a law that was supposed to take effect in 2006. They argue that violent games are akin to sexual materials, which the government can and should restrict to protect children.

But the video game lobby argues that it has been singled out as a medium, noting there are no laws that ban the sale of mature books and movies. The industry trade groups Entertainment Merchants Association and Entertainment Software Association challenged the law and asked the Supreme Court not to hear the appeal. The EMA represents game retailers while the ESA represents game companies such as Electronic Arts.

Besides California, eight other states have passed similar laws, but all have been struck down on First Amendment grounds. Games such as Grand Theft Auto 4, pictured above, have been lightening rods for controversy because they give players the option of playing violent criminals who shoot innocent civilians or cops. GTA IV sold well above 10 million units after its launch in 2008.

In a statement, Electronic Arts spokesman Jeff Brown said, “This is another sign that gamers need to wake up and get organized to protect their rights.  Censorship and content restrictions are a very real threat to video games. Any gamer who has not registered with the ESA’s VideoGame Voter Network, loses the right to complain when government starts taking games off the market.”

A San Francisco federal appeals court said that the state hadn’t produced enough evidence to prove that video games cause physical and psychological harm to minors. The law required that video games be labeled for violence level, and it banned their sale or rental to anyone under 18. The industry has its own voluntary system in place that recommends that retailers not sell mature-rated games to minors, but it doesn’t carry criminal penalties, and retailers have occasionally failed to pass stings where government agencies send kids to buy violent games.