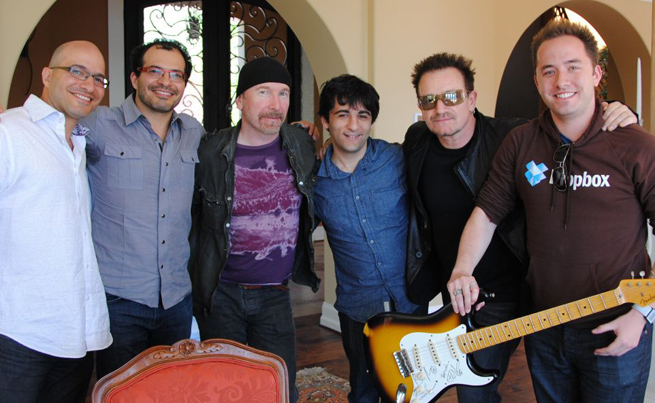 Cloud storage powerhouse Dropbox revealed today that half of the mega-popular rock band U2, Bono and The Edge, are investors in the company, according to a Dropbox tweet this morning.

Dropbox closed a jaw-dropping $250 million round this past October, so it appears Bono and The Edge were part of that round that also included names like Index Ventures, Sequoia Capital, Accel Partners, Benchmark Capital, Goldman Sachs, Greylock Partners, Institutional Venture Partners, RIT Capital Partners, and Valiant Capital Partners.

While Bono has been a high-level investor in tech companies through Elevation Partners, the Dropbox investment is the first time the singer and activist has been publicly named as an individual investor in a company. We’ll see if Bono and The Edge decide to invest as individuals in other hot tech companies as well.

Of all the cloud companies to invest in, Dropbox was a heck of a smart play. The company has seen enormous growth since its launch in 2007 and has been successful with its approach to be on all mobile platforms, PCs, and Macs. It recently redesigned its main user interface and used its funds to acquire little-known startup Cove, its first-ever buy.