Updated 12 p.m. with comment from Uber confirming that drivers are now paid less per ride in New York.

Uber today announced that it is “now cheaper than an NYC taxi,” after lowering fares in New York by 20 percent. 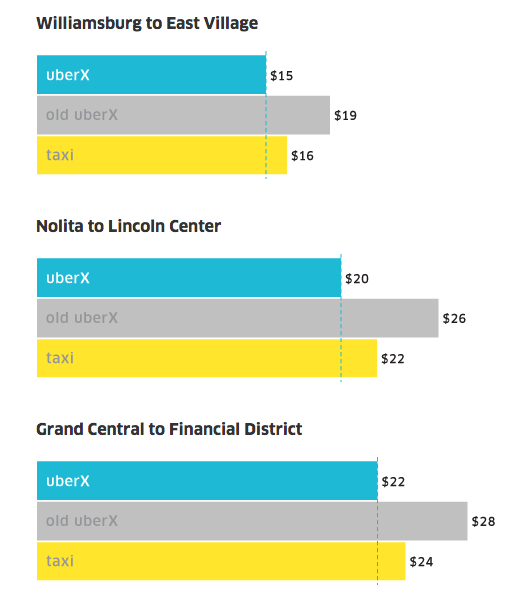 Uber states that the current prices are “only in effect for a limited time.” This warning somewhat alludes to the common monopolistic strategy of dropping prices and raising them back up after achieving market control — a strategy recently suspected of Amazon.

“The more you ride, the more likely we can keep them this low,” Uber says. In a statement to VentureBeat, Uber confirmed that New York drivers will make less per ride they provide: “NYC drivers will continue to earn up to 80% of the lower fare,” the company said.