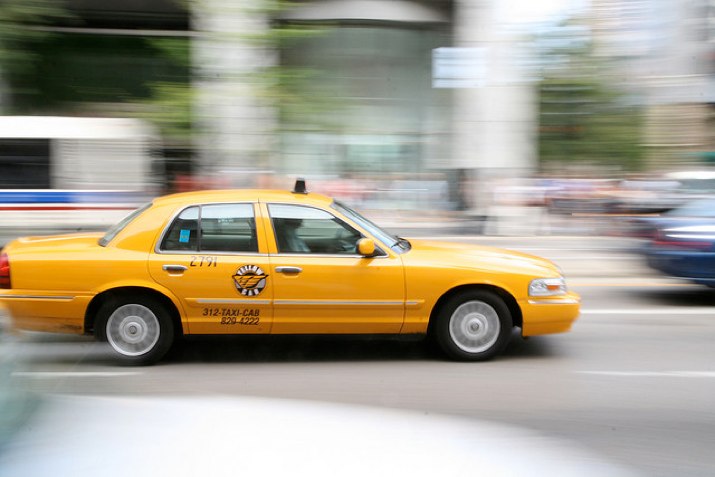 The powers that be in Chicago have proposed new regulations that, if passed, would mean lights out for startup Uber and its mobile system for booking and paying for black car service.

Chicago’s Department of Business Affairs and Consumer Protection (BACP) late last week put forth suggested rule changes to its public passenger vehicle (PPV) regulations that would make it impossible for black car companies such as Uber to charge fares by measuring distance and/or time traveled, or to use a device in the car to determine those factors. Fares, according to proposed rule PV1.10 (pictured below), must be pre-arranged.

Uber is the San Francisco-based startup that operates a mobile car transportation service. The company, which has tens of thousands of riders in Chicago, doesn’t publicize its exact formula for determining fares, but charges riders based on a number of factors, including time, distance, and demand. It is this in-flux formula for black car (not taxi) pricing that will be at odds with Chicago city ordinances should the new rule changes pass.

“If [the rule is] passed, we couldn’t operate in Chicago,” Uber CEO Travis Kalanick told me in a phone conversation Wednesday morning. “We would have to shut down in Chicago.”

The proposed changes to PPV regulations are currently in a comment period. Kalanick is now reaching out to Uber’s community of riders and asking them to submit their comments in opposition of the new rules. Uber took the same approach when the District of Columbia Taxicab Commission proposed new rules that would also force a shutdown.

“We believe that the mayor [Rahm Emanuel] is pretty progressive and doesn’t want to shut a transportation option down. I think if the voices of tens of thousands of concerned citizens are made clear … the right thing can happen,” Kalanick said. “At the end of the day, there’s not much Uber can do. We can comment on the rule changes and hope that the right thing happens, but it’s not a legislative process.”

Uber, as VentureBeat reported, is not in trouble with the city, as some agencies would have you believe, but it does have plenty of enemies in Chicago. Namely, Taxi Affiliation Services, Yellow Cab Affiliation, Yellow Group, and the four other companies that filed suit against the startup earlier this month. As to that particular lawsuit, Uber is in the process of finalizing a litigation team to handle the matter.

“We’re at the leading edge of technology that’s changing the landscape of an industry, and the existing incumbents in that industry are nervous and scared that they’re not going to be part of the future,” Kalanick said. “So they’re trying to slow it down.”

Kalanick said he doesn’t know what motivated Chicago’s BACP to amend its rules and regulations.

In statements made to VentureBeat last week, Jennifer Lipford, the City of Chicago’s director of communications, suggested that the city gave its approbation to Uber. Lipford said that the city welcomed mobile applications for taxi e-hail. The matter at hand now, however, specifically relates to Uber’s black car service. Lipford could not be reached for comment.

“We are committed to working with companies that offer Chicagoans more transportation choices, more certainty, and higher quality customer service options,” a spokesman for Mayor Emanuel said. “Uber, and other companies are pioneering new ways to access Chicago’s robust transportation offerings, and we continue to work with them and others to ensure we have modern laws that accommodate modern transportation technologies.”