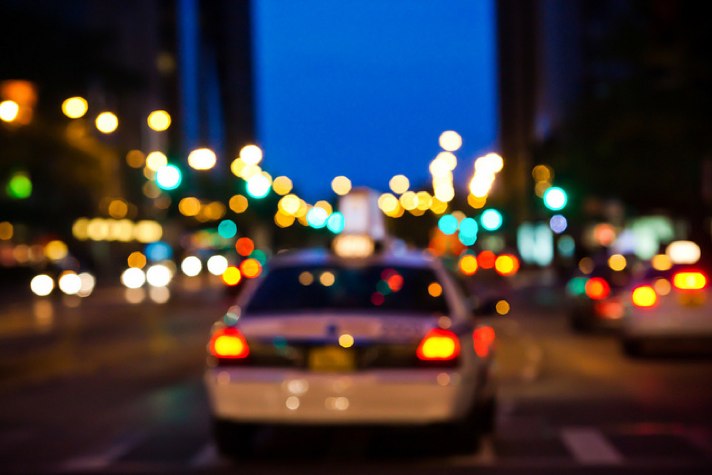 A would-be scandal popped up in my inbox this morning. One Max Bever of ASGK, a public affairs group, sent an email blast to an undisclosed list of reporters suggesting that Uber’s taxi service was “in hot water” with the city of Chicago. The city, he said, is investigating Uber’s illegal practices.

Bever linked to two seemingly damning stories in Chicago publications, one more accurate than the other, highlighting Uber’s unlawful transgressions in the windy city. The Chicago Sun-Times reported that Rosemary Krimbel, Chicago’s city commissioner of business affairs and consumer protection, had ordered a cease-and-desist. That would be a huge blow to Uber — except that it’s simply not true.

With Uber, you order and pay for black car pick-ups in select cities entirely through smartphone applications. The San Francisco-based startup is piloting a cheaper, albeit far more controversial, taxi cab e-hail offering in a few markets. City ordinances and incumbent cab companies have proven to be major obstacles to Uber’s taxi service, and as a result, the company’s taxi offering was recently shuttered in New York.

In Chicago, Uber’s taxi service allegedly violates current ordinances with its variable rates and automatically applied 20 percent gratuity fee. The city has issued three tickets to Uber for the violations, two for the taxi service and one for the black car service, and the startup will be able to address those citations in a hearing on Nov. 19.

The tickets are a far cry from a cease-and-desist order. It is my understanding that the city of Chicago routinely issues these types of tickets to most dispatch companies. Uber, from what I’ve been able to glean, is not in jeopardy of losing its dispatch license in Chicago. It would take a number of unreconciled violations to warrant such an action.

During a Chicago City Council budget hearing Thursday, commissioner Krimbel essentially said as much. Her comments were in response to a council member’s query on Uber. If Uber continues to violate city code, she said, then there would be progressive discipline.

When reached for comment, Jennifer Lipford, director of communications for the City of Chicago, had this to say:

When we passed our new taxi ordinance, we did so knowing that smartphone apps would be a benefit for consumers in Chicago. We wrote our ordinance as such to allow for those kinds of apps. We think that apps can be a good thing for Chicago. Connecting cab drivers with customers is a good thing. Connecting customers with cab drivers is a good thing. We ask that everybody abide by the code. As far as Uber goes … we think it’s great.

Lipford also mentioned taxi applications Hailo and SnagCab as being good for the city. Uber, she said, would have its license revoked only after the company is found to be out of compliance and progressive discipline had been applied.

“That’s not where we’re at with this at the moment. We’ve just issued a first round of citations.”

So what, then, motivated Mr. Bever to sound the alarm and suggest that Uber is in more trouble than it is? As it turns out, Bever is a representative for Taxi Affiliation Services, a Chicago-based company that provides taxi dispatch, IT, insurance, and other services to transpiration companies in five states. Taxi Affiliation Services, along with Yellow Group, Yellow Cab Affiliation, YC1, 5 Star Flash, Chicago Medallion One, and Your Private Limousine, filed suit against Uber earlier this month, as first reported by BetaBeat.

According to a press release issued by Taxi Affiliation Services, “The complaint accuses Uber of violating multiple Chicago and Illinois laws designed at protecting public safety, consumer protection, and fair practices. The complaint further alleges that Uber is using deceptive business methods to confuse its customers and mislead the public as to its nonexistent quality and safety controls.”

Our concerned citizen, Mr. Bever, is listed as a contact at the bottom of the release.

Clearly, Uber faces opposition in Chicago, though mostly from the dispatch companies and not from the city itself. There goes my scandal story. Yawn.

Uber did not respond to a request for a comment.