When someone says “Uber,” what immediately comes to mind? If seemingly endless controversies are top of the list, you’re not alone. 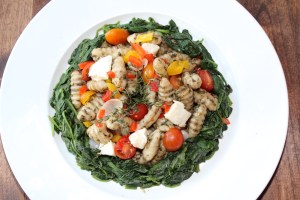 One of the longest standing complaints of users and journalists alike is its use of dynamic pricing, or “surge pricing.” Dynamic pricing often flies below the radar until something you want or need costs more than usual. The prevalence of Uber’s take on dynamic pricing makes it seem like it’s just a series of price increases, but dynamic pricing can actually do a lot more than Uber would have you believe.

To go deeper, it’s important to look at which companies are doing it. Most importantly, it’s critical to check how they’re doing it.

Sprig, a food delivery company that serves San Francisco and Palo Alto, jumped into the dynamic pricing game starting in October of 2014 in a slightly less conventional way — it features both price increases and decreases. Uber will never send you a notification that says “demand is low, your ride will be half off!” Sprig, on the other hand, claims to provide free delivery when demand is low, compared to the base delivery fee that starts at $2.

While Sprig’s adoption of “dynamic delivery charges” may have earned it a spot in Uber’s book in the eyes of disgruntled consumers, the company is providing a more accurate view of what dynamic pricing actually entails: cuts as well as increases. This is one thing that Sprig is getting right and it puts the company in a good position to quell the backlash against Uber’s take on surge pricing.

The reality of it is that both Uber and Sprig know that they are solving a problem for consumers, and an immediate one. Giving the option to get notified when you’ll be able to pay less is a good start, but not everyone is interested or able to wait.

Tapping and swiping over to a competitor is easy.

These two startups are just the latest getting on the dynamic pricing bandwagon, but the retail industry has really been owning the implementation in recent years.

Amazon was one of the first retailers to use dynamic pricing to its advantage. It has usually focused on price decreases to keep its crown as king of the loss leaders (although it was dethroned in some categories this past holiday season when competitors like Wal-Mart and Target stepped up their game). Even though the competition is fierce, dynamic pricing in retail differs from Uber’s surge pricing model because headphones will never be jacked up to 8x the usual price on Sunday at 4PM, just because a lot of people are ordering them.

As dynamic pricing morphs and is adopted in numerous industries, it’s important to look into where it’s working best. 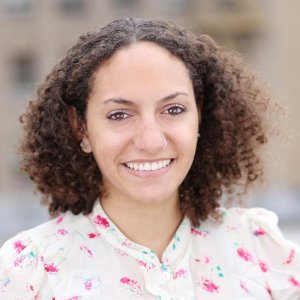 It boils down to supply and demand, price elasticity, and the competitive landscape. In practice, this would look like Sprig considering the amount of food prepared, which drivers are in a given area, which meals are selling best, how many meals were purchased at surge prices historically, and the pricing for similar meals from competitors like Munchery, and using all that data to calculate a fair price.

That price often changes depending on the time of day, and companies like Sprig and Uber understand this. But big changes aren’t necessarily sustainable in markets where new competitors pop up often. Maybe they should take a page out of retail’s playbook, and instead of cornering the market and increasing the price, dynamically price to match with fluctuations in the market.