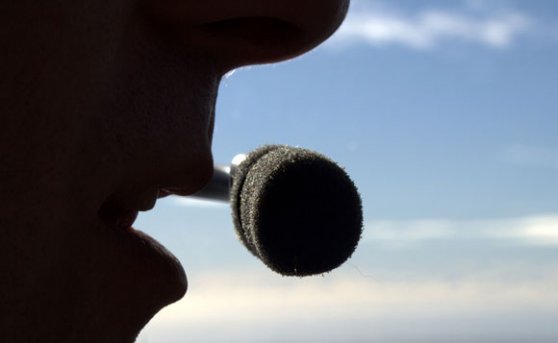 Teleconferencing is broken, and Craig Walker wants to be the man to change that.

Walker is the entrepreneur behind GrandCentral Communications (now Google Voice), Dialpad (now Yahoo Voice), the chief executive of product accelerator Firespotter Labs, and the first entrepreneur-in-residence at Google Ventures. (And he’s also an attorney!) Frankly, if his next venture were an Alpaca farm, he’d still be fighting off investors with a stick.

ÜberConference, the startup that claims to be “teleconferencing done right,” has already raised $18 million from Google Ventures and Andreessen Horowitz. Today, the free audio conferencing service has announced the public launch of its beta and its new premium service for business users. The startup, which will shortly be relocating to San Francisco, has been gathering steam with its beta product earning the top prize at TechCrunch Disrupt NY 2012.

“Our goal with ÜberConference from the get-go was to solve the biggest pain-points of conference calls,” Walker told me. Among them, that eight-digit long PIN, no frame of reference for who’s on the call, and a lack of recording capabilities. 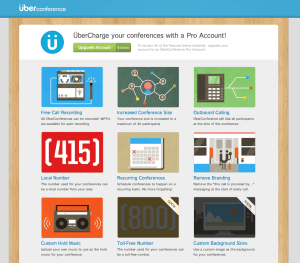 On an ÜberConference with its cofounder, I could browse his LinkedIn, Google+, Twitter, and Facebook profiles via the visual dashboard (it won’t take you to any external web pages), which provided background for those hard-hitting interview questions. It’s bit distracting, but it’s far better than having to frantically search for information about who’s on the call if you’re unprepared or there’s a less minute addition to the conference.

For Walker, the visual dashboard is the value proposition. “Audio-conferencing has been ignored features-wise for the last 30 years,” he said. The team is constantly updating the product — they recently had an idea for an “earmuffs” feature, which lets you click on participants’ featured photos to mute them, so you can enjoy a private chat.

The premium version, also launching today, is available for $10 per month. It includes:

With its premium product, ÜberConference is gearing up for an enterprise push. Similarly to companies like Dropbox, it’s hedging its bets on the “consumerization of the enterprise” trend. Rather than convincing IT to make the switch from legacy vendors, they’re hoping that employees will use ÜberConference in their personal and professional lives, which won’t go unnoticed by key decision-makers.

They’re also not ready yet for this kind of push as there is no enterprise-wide billing system. Going forward, however, ÜberConference is planning to expand marketing and sales team. No doubt, wide-spread enterprise adoption is a major part of how the company plans to make money in the long-term.

Walker told me that ÜberConference is well-positioned to conquer the space due to its “deep, close relationships with providers and carriers,” from his Google Voice days. He doesn’t view the legacy vendors as competition due to their high price. However, ÜberConference will increasingly be up against Microsoft Lync, Cisco’s Webex, and others, once it moves into the enterprise.

ÜberConference is currently available on the web, with a mobile version under development. Check out the video about the new features for the pro version, narrated to you in a posh-sounding, British accent.