Update December 5: A previous version of this article contained an incorrect investment amount from Found Fair, which contributed €200,000.

While Uber and taxi companies are fighting over different regulations in court in pretty much every city out there, Berlin-based T Dispatch found a solution that could solve part of the problem — and quietly raised €1 million. 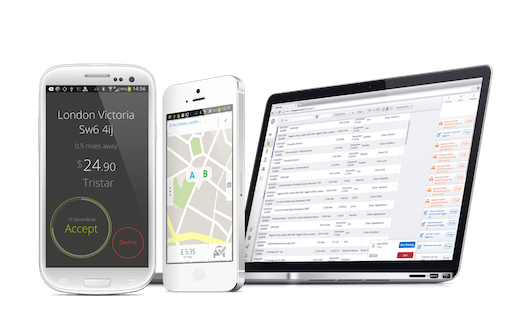 The problem taxi companies face with Uber is not only the price and the new competition, but also the technology. While Uber operates through a simple app, taxi companies receive calls and requests through their own websites and have a hard time organizing fleets, as they do not know if a driver is available or who might be booked with other services such as mytaxi. Also, cab drivers pay up to 15 percent of their fare price when accepting a mytaxi request.

While Uber and mytaxi have one brand and one system, T Dispatch connects the local transport fleets (including taxis, limousines, and, in the future, also food-delivery services) and on-demand services. 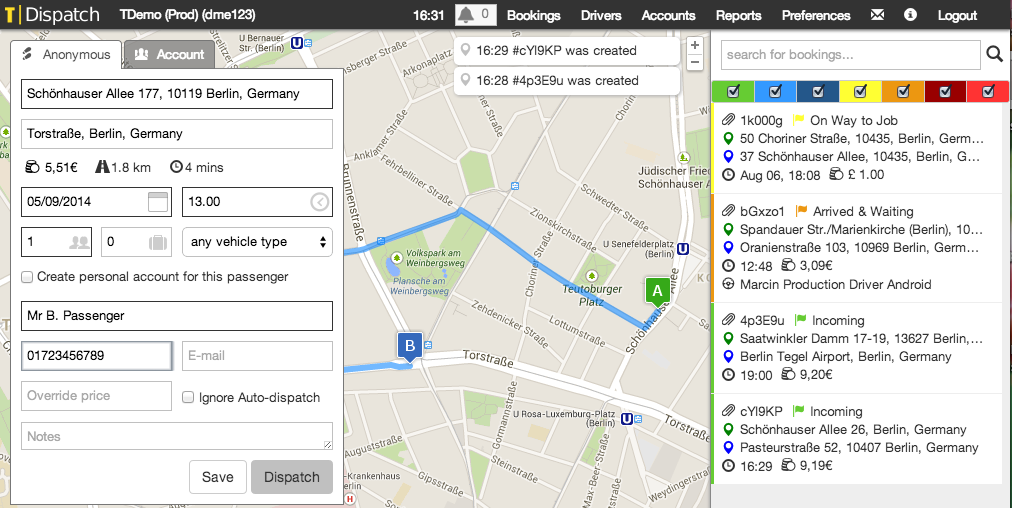 T Dispatch is a software-as-a-service application that connects and organizes taxi and minicab fleets in its content-management system. On one hand, it collects all requests for one taxi fleet. It also offers a white-label tool for cabs to use. Besides the customer-relationship management software and an app, T Dispatch offers route navigation and document sharing, while requiring no extra hardware other than an iPhone or Android device.

Besides that, T Dispatch also offers airports or railway companies, such as Abellio (U.K.), ways to let customers book a taxi right over the middleman’s platform.

Having launched two years ago, the team behind T Dispatch, including founders CEO Bryony Cooper and CTO Mario Brandão, has grown to include 17 people. In November, the team moved into new office space at Hackische Höfe next to startups such as HelloFresh, Hitfox, and betterpay.

Pitching at Seedcamp in Berlin, they found their first angel in the audience. Found Fair invested €200,000 and provided office space. T Dispatch later raised €500,000 from HTGF as well as another half-million euros from angel investors such as Martin Sinner (Idealo), Christian Vollman (eDarling, Research Gate), and Win.Rar. The investment was mostly used to develop the backend software, T Dispatch explained.

Cab companies can pick and switch between two models: €0.79 per booking with a minimum of 200 bookings or a monthly €18 per-driver fee.

In countries like India, Australia, France, Switzerland, or Congo, T Dispatch is already in use, but its priority is to launch in English-speaking countries first.

Seeing a clear demand for the service in England, London was the first market it entered.

London alone has 9,000 minicab companies, with most having two to ten drivers, according to T Dispatch. In Germany, that is different: Large cities have a very small number of cab companies. However, they have much larger fleets.

T Dispatch plans to start its service in Germany in early 2015.