Ubisoft CEO Yves Guillemot foresees the day when 5 billion people will play games. In the company’s earnings report today, he said that will happen over the next decade as games continue to find new platforms and expand their reach across the globe.

“The video game industry is at the dawn of a deep-seated transformation, which, as barriers between platforms and between geographic regions continue to disappear, should allow us to reach 5 billion players over the coming 10 years,” Guillemot said, in a statement. “These major changes will be driven in large part by the growing success of console and PC franchises on mobile and the advent of cloud gaming. The latter will allow for, among other things, appealing multiscreen offerings and the creation of amazing new experiences that make use of unprecedented technological capacities. A clear indicator of the future scale of this transformation is how an increasing number of platforms are competing with one another to obtain quality content and access to communities of engaged players.”

Guillemot is a fan of Google’s Stadia cloud gaming service. He appeared onstage at the unveiling event at the Game Developers Conference, and he told me that the technology looks very promising. Ubisoft now has more than 15,000 employees.

Ubisoft reported 17% in net bookings growth to €2.029 billion ($2.27 billion), and a 49% increase in operating income to $499 million for the full fiscal year ended March 31. Much of the growth comes from ongoing live services for games. 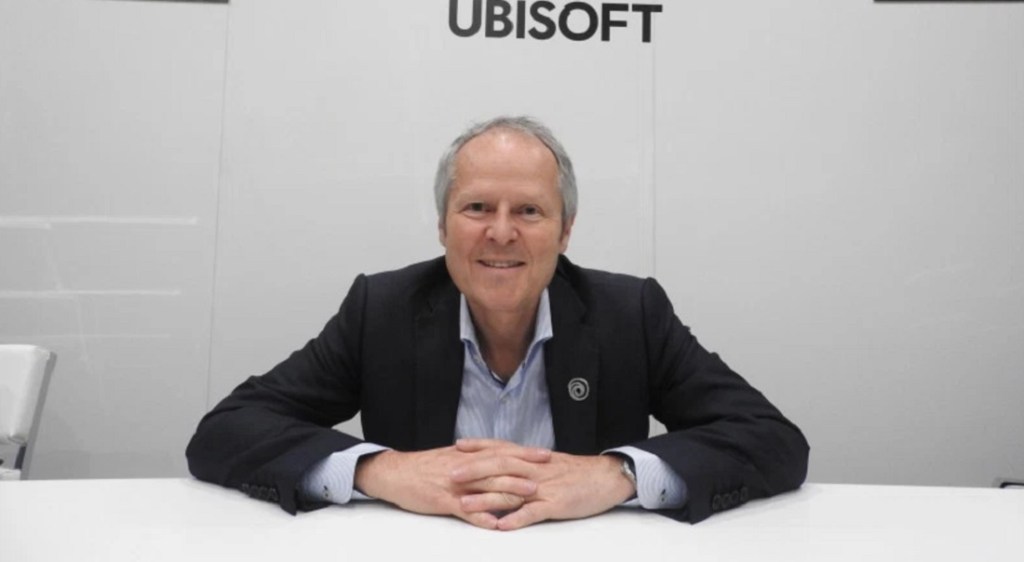 The company said that Rainbow Six: Siege has generated more than $1.1 billion since the game’s release in 2015. The game saw a 40% increase in its player base to more than 45 million. And Assassin’s Creed: Odyssey saw record engagement for the franchise.

The Division 2 also saw record highs for engagement per player and season pass, with a 10-fold increase in sales on Uplay compared with The Division.

But in an analyst call, Ubisoft chief financial Frederick Dugeut said that The Division 2 fell short of expectations on consoles in part because of fierce competition in the market. But he said that the first major update in the form of a raid is expected to do well.

Far Cry 5 has become Ubisoft’s bestselling game on the current generation of consoles. Duguet said that PC games are expected to be a greater part of revenue in the future, particularly as the company expands in Asia.

Not all the news was good. Duguet repeated that the toys-to-life game Starlink underperformed compared to expectations. Ubisoft also delayed the launch of Skull & Bones, a naval combat game, until after March 31, 2020.

But Ubisoft also recently unveiled Ghost Recon: Breakpoint, and it will reveal three more games that will debut by its fourth fiscal quarter, ending March 31, 2020. Guillemot said on the call that the company continues to work in Beyond Good & Evil 2 and a game based on James Cameron’s Avatar movie franchise.

During the current fiscal year ending March 31, 2020, Ubisoft forecasts net bookings will be $2.45 billion and operating income will be around $499 million. That’s not a very ambitious forecast, but Ubisoft will have fewer new titles than it had in fiscal 2019 ended March 31, 2019.

Guillemot said the company hit its targets for the year ended March 31, 2019, thanks to strong back catalog, digital, live services, and overall high-quality games.

“Ubisoft is ideally positioned within this overall context. We are building our organization sustainably while retaining our agility. We are striving to foster a strong corporate culture, aimed at attracting the best talent. We directly own all of our key brands, which gives us excellent visibility,” Guillemot said. “Leveraging our extensive worldwide network of studios, and drawing on our collaborative approach, we have unrivaled production capacity, delivering high-quality content at a sustained pace.”

He added, “Over the past years we have built up a close relationship with our communities. These communities are highly engaged and constantly growing, and they are at the heart of the value of our games. And lastly, with Uplay, we now have a high-performing and fast-growing online service and distribution platform, enabling us to embed these close community ties for the long term. Considering the numerous value-creation opportunities that await us in the coming years, we are speeding up our investments in our teams and studios in order to support the Group’s growth and continue to increase our profitability over the coming years.”