Lidwine Sauer is paid to be one of Ubisoft’s big thinkers. She’s the director of insights and trends for Ubisoft’s Strategic Innovation Lab, a technology research division that absorbs all of the innovations happening in the world of technology that might some day be relevant to the French game publisher’s main business of making video games.

Sauer is delivering a keynote talk today at the Dice Summit, the elite game event in Las Vegas this week. She summarized her speech for me in an interview and I asked her questions about it, as her theme is similar to our GamesBeat Summit 2018 event, which is about The Future of Games.

“Our mission is to help Ubisoft teams anticipate the future,” Sauer said. “What are the factors that will influence games and entertainment?”

Above: Lidwine Sauer is Director of Insights and Trends for Ubisoft’s Strategic Innovation Lab.

The first thing she said is that we live in a time of exponential change. It’s a golden era for artificial intelligence, with advances in neural networks driving changes in supercomputing AI, natural language voice products like Alexa, and self-driving cars. Those innovations are happening at the same time that digital currency is being overhauled through blockchain and cryptocurrencies.

“We have a technology revolution under way,” she said. “It will change the way we work, live, and entertain ourselves. To be prepared, you have to understand. Innovations and breakthroughs are happening in different fields at the same time, with no historical precedent. One field can have a ripple effect and transform other fields.” 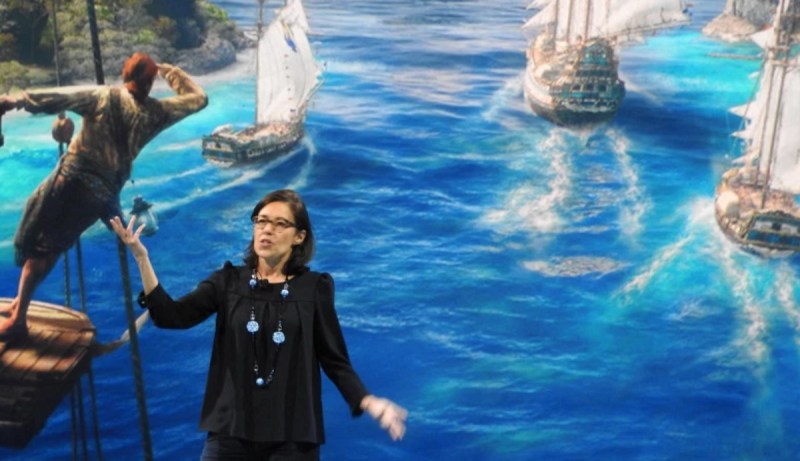 Above: Lidwine Sauer at the Dice Summit.

Moore’s Law, or the prediction that the number of transistors on a chip would double every couple of years, has led to a huge decline in the cost of computing, so that genomics once required $4 billion to sequence the first genome, and now it can be done for as little as $1,000.

Technological change is accelerating. It took 75 years for the telephone to reach 50 million users. For radio, it was 38 years. TV was 13. The Internet was four. Twitter took nine months. And it took 19 days for Pokemon Go, Sauer said. The reason, she said, is that innovations are happening on top of each other and combining.

Sauer noted that computer scientists once had a terrible time getting machines to solve vision problems like recognizing a cat. Now that is easily done with computer vision algorithms, even if the cat is visible is hidden in a landscape and a computer has not been explicitly programmed to do so. Now you can create AI that can learn how to recognize things based on data, which is plentiful thanks to the Internet. 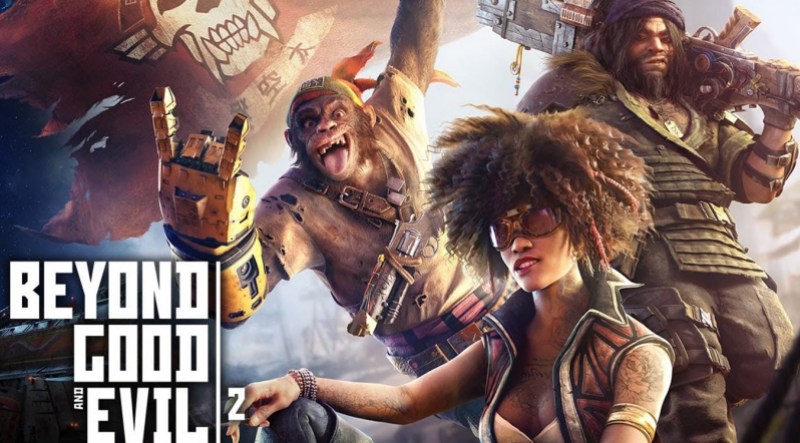 Above: Ubisoft’s games like Beyond Good & Evil 2 try to foresee the future.

“One innovation can have a consequence in another field, and you have to be prepared for unexpected consequences,” Sauer said. “We take a bird’s-eye view and try to get an eagle eye on the gaming industry.”

“We try to understand tech shifts,” she said. “In another industry there is another business model that is developing and it can be translated into the entertainment industry. We look at emerging consumer entertainment and how society as a whole is evolving.”

“What used to be science fiction is reality now,” she said.

She noted a BBC reporter tested how good AI and surveillance systems had become in China, where 170 million surveillance cameras are in place. He hid in a city of 4 million people and challenged the Chinese police to find him. It took the police seven minutes to find him. 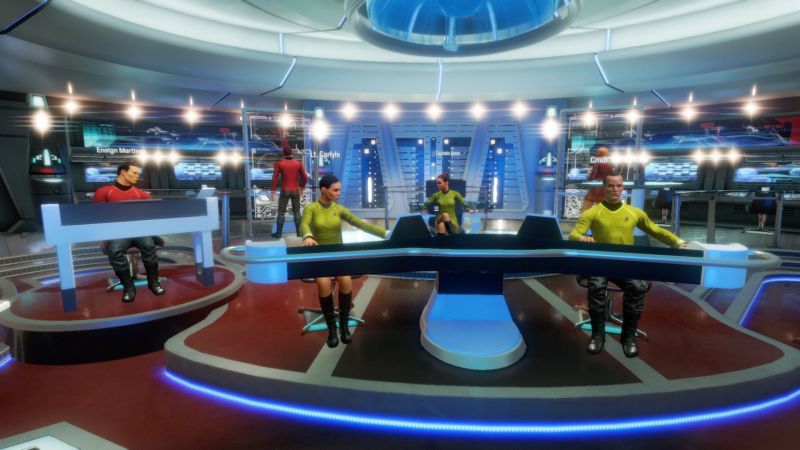 Above: Bridge Crew works better as a multiplayer game.

She also noted how much progress has been made with voice controls. Ubisoft paid attention, and it added voice commands (via IBM Watson) to the virtual reality game Star Trek Bridge Crew.

“Consumers have embraced the voice interface,” Lauer said. “It’s not weird to talk to a machine anymore. At Ubisoft, we have followed the progress of the voice interface. We are looking at new kinds of entertainment experiences.”

And Ubisoft has created a chat bot to work with gamers and their queries about games such as Rainbow Six Siege.

Ubisoft create a prototyping space in Montreal, dubbed La Forge, where university researchers collaborate with production teams. They will work on things ranging from neural networks to augmented reality and blockchain.

“AR will bring the digital world we create into the physical, and Pokemon Go was just the first of these,” Sauer said. “Blockchain verifies what you have. A Picasso can be verified as 100 percent yours. And a digital collectible is harder to steal from you.”

Above: CryptoKitties is a hot blockchain game.

She noted the game CryptoKitties became a widely noticed example of a cat-trading game based on the Ethereum cryptocurrency. The objective is to breed super rare kittens that you can keep or sell. Some kitties have reached prices in the thousands of dollars.

Sauer expects to see more convergence of games and technologies such as social networks, esports, livestreaming and more. In France, Ubisoft has partnered with Station F, a huge startup program, to collaborate with startups. Sauer foresees more blending of the digital and physical play of things like Nintendo Labo and Skylanders. Ubisoft has a team working on Starlink, which is a game with toys that you attach to a game controller. 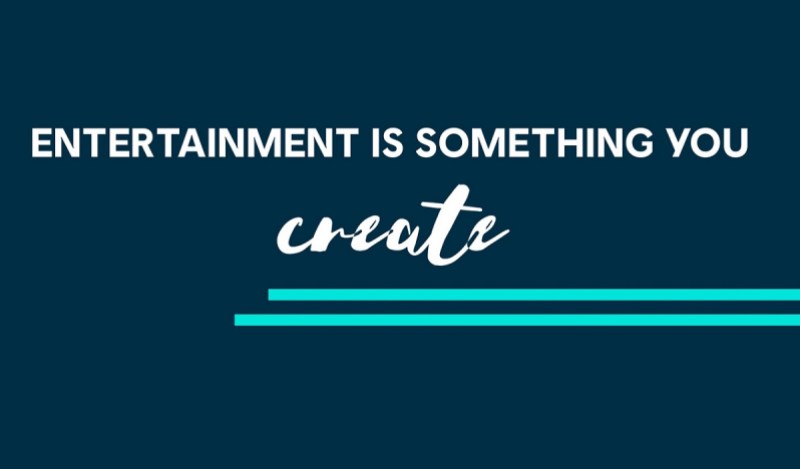 Above: Lidwine Sauer of Ubisoft believes consumers will be creators of entertainment.

She added, “The future is here and it is unfolding at the edges of our industry. Thinking about the future is not something that is just us, as researchers. It’s like a puzzle. If you focus too much on your industry, you will miss important opportunities.”