Ubisoft confirmed that it is making Watch Dogs Legion, the third installment in the popular cyberhacking video games.

The French video game publisher confirmed a leaked report at its press event at the Electronic Entertainment Expo (E3), the big game trade show in Los Angeles this week. I saw the game in a briefing session, and it reminded me how much I liked the original Watch Dogs, which came out in 2014; and Watch Dogs 2, which came out in 2017. I played both of those games all the way through.

The new game is coming out March 6, 2020, and it is all about holding those in power accountable, said Clint Hocking, creative director on the game, which is being made by Ubisoft Toronto. And powerful people have really screwed up London in the near future. 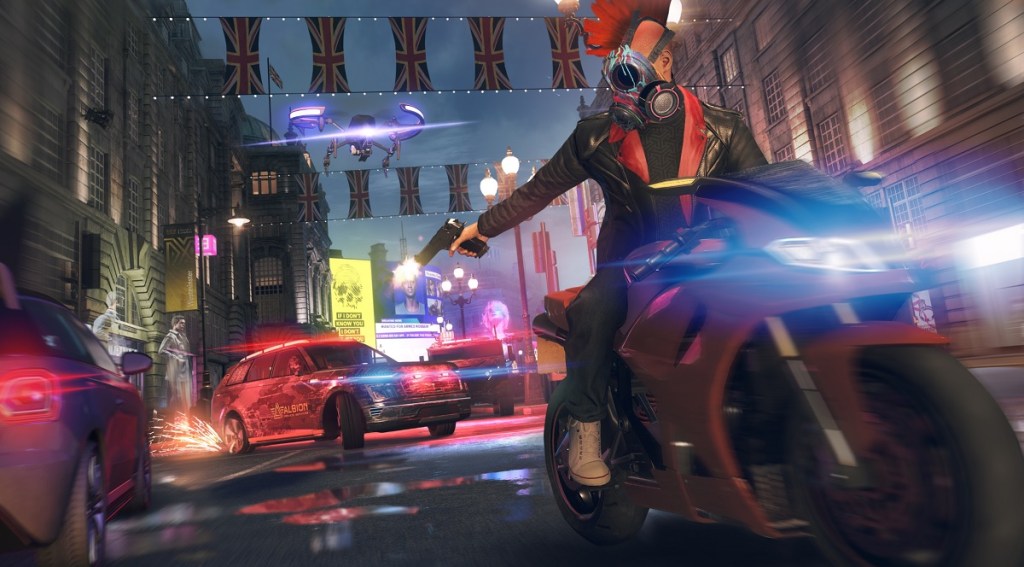 Above: Watch Dogs Legion depicts London in a state of anarchy.

The game takes place after Brexit, and after artificial intelligence has wiped out a lot of jobs in the United Kingdom, kind of like the story in Detroit: Become Human. Even white collar jobs are disappearing. People also disappear, as those who are brought in for interrogations are never heard from again.

The city has been rocked by riots, bombings, and retaliation against the populace. Surveillance is higher than other cities in the world. The government is weak, and organized crime has stepped in to control much of the city. Extremists and opportunists run the show, and these are your enemies.

Your job, as part of the hacking group Dedsec, is to take the city back. You have to recruit your own army of hackers and revolutionaries. Plenty of people are unhappy because the various authorities are keeping people in cages and mistreating the rising masses of homeless. Lethal drones and robots patrol the city. 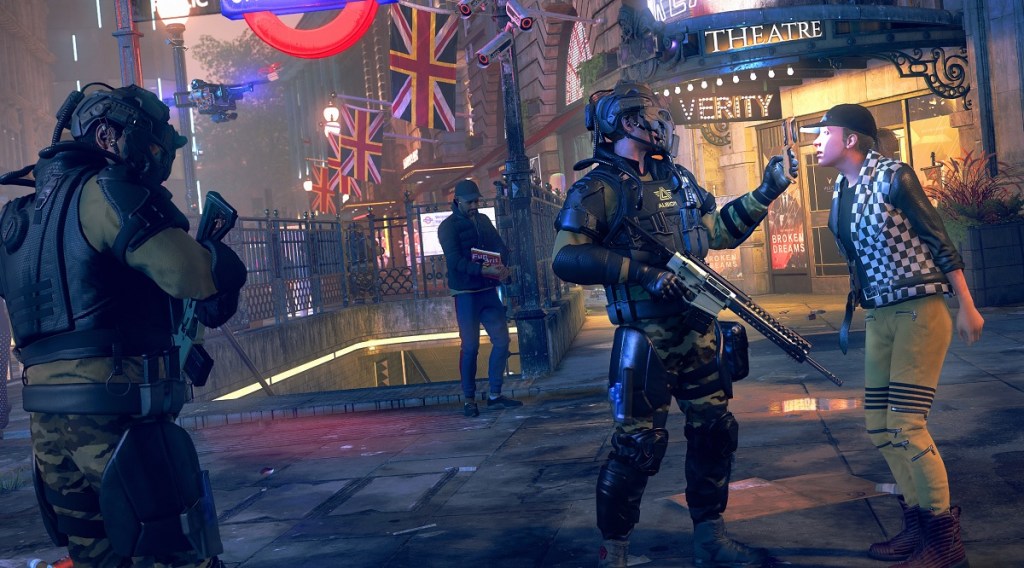 Above: You can recruit any NPC in Watch Dogs Legion.

But you can recruit anyone in the city to your cause. And the developers mean anyone. Every non-player character has a backstory and characteristics. You can hack a person and inspect their personal details and strengths to see if they can help you. You can recruit that person to join the Dedsec cause and then play as that character. But you have to assess that person’s affinity for Dedsec.

“It’s a mind-blowing innovation to change expectations of people in the world,” said Hocking. “We want to be true to the Watch Dogs brand, but also a game that changes players’ expectations.”

The characters have a wide variation. You may come across a former spy, a robotics expert, a bare-knuckle champion, or a funny old lady who is a retired assassin. Every character has a persistent life and is simulated. If you return to someone later on, they will be different. When I played a short demo, I was able to see that two people were a couple, and their profiles indicated they had a relationship. You can use those people to “unfuck this world,” Ubisoft says in its trailer. 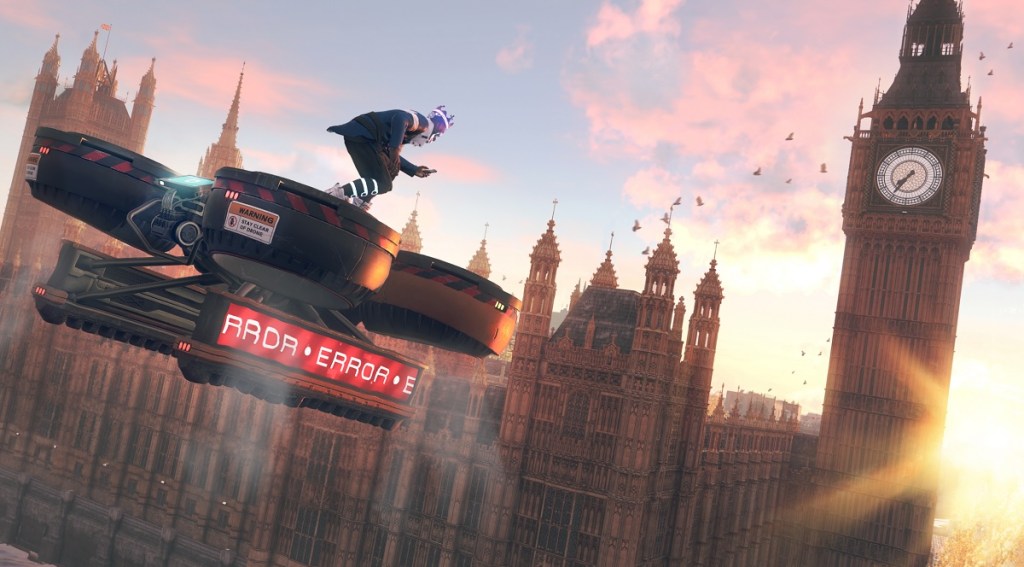 Above: Watch Dogs Legion lets you hitch a ride on a cargo drone.

The possibilities for hacking are endless, as you can disable security cameras, hijack drones and use them against the organized criminals, or hitch a ride on a delivery drone. The latter actually sounds like one of the best things you could do in London.

You can use plenty of weapons besides your hacking tool in your phone. You have sticky mines, heavy weapons, augmented reality cloaks, spider bots, and spider turrets. You can hack turrets and take control of them. Half of the weapons in the game are non-lethal, and you have the option to play through the game without killing anyone.

The game gives you “freedom of approach.” And since the police in London don’t carry guns, Ubisoft created a better melee system for close combat. You can cloak yourself to hide from others. But the challenge is that the NPCs are vulnerable to permadeath.

If you die while playing them, they’re gone. NPCs can be captured or wounded. The game will have five storylines and 60-plus missions. That could be a chunky game, but I’m concerned that the story won’t be as strong without so many main characters.