Online learning platform Udacity is doubling down on its mission to offer courses in transformative technologies to plug current and anticipated employment gaps.

The latest program to emerge from Udacity’s education vaults is the blockchain developer nanodegree, aimed at developers already proficient in JavaScript and object-oriented programming. The program promises to teach the fundamentals of building a blockchain that manages and stores data and to enable developers to build their own supply chain web app based on blockchain technology.

Tech talent marketplace Toptal recently claimed that it had seen demand for blockchain engineers increase by 700 percent since January 2017. And there are 14 positions available for each blockchain engineer, according to Katheryn Griffith Hill, lead recruiter at Blockchain Developers. It’s against this backdrop that Udacity is launching its blockchain program, with interested students able to apply online from today here ahead of the inaugural kickoff on July 10.

The blockchain nanodegree constitutes two three-month terms, each priced at $999, with the first term focusing on “fundamentals” and the second on “architecture and applications.” 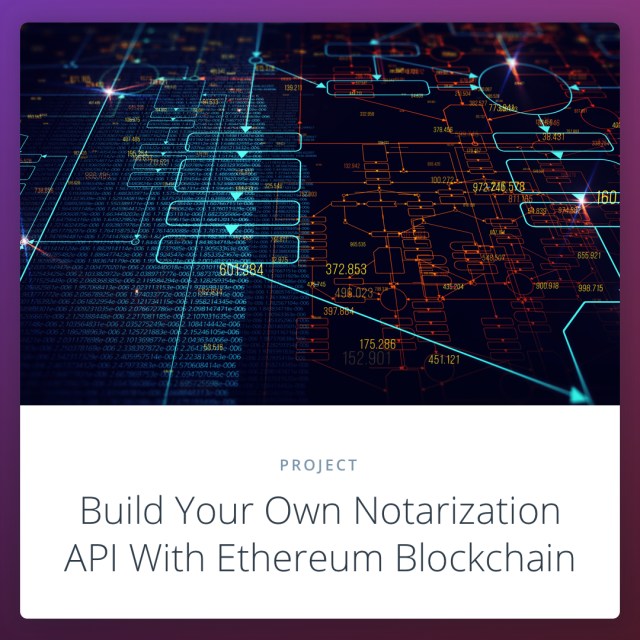 Additionally, those who enroll will have access to “experts in residence,” including CTOs and developers from blockchain-focused companies such as Decent, MadHive, and Factom.

Udacity has launched a range of programs that focus on the hottest technology trends in recent times. Earlier this year, it launched a new cybersecurity nanodegree program, which should go some way toward helping to staff an industry that’s estimated to be short by nearly 2 million employees over the next few years.

Elsewhere, Udacity launched its new School of AI — featuring 4 nanodegrees and a 3D simulator. The company has also built a flying car nanodegree program and another focused on budding virtual reality (VR) developers.

“When it comes to thinking about opportunity in the world of blockchain, there are many ways to approach the subject,” said Udacity’s director of learning products, Roshni Jain. “Udacity is a company committed to connecting learning to jobs, so we think first and foremost about employment opportunities.”

Founded in 2011, Udacity is one of a number of massive open online course (MOOC) platforms, alongside the likes of Udemy and Coursera. Founder and president Sebastian Thrun previously headed up Google X, Google’s “moonshot” program that included Google Glass, Project Loon, and a self-driving car program that eventually morphed into Waymo. The company has raised around $160 million in external funding to date.