Robots are more popular than ever, from the iRobot Roomba vacuum robot to the new Sony Rolly music-playing, egg-shaped robot. Ugobe, the maker of the cute dinosaur robot Pleo, is cashing in on the craze by raising a new round of venture capital, VentureBeat has learned.

Emeryville, Calif.-based Ugobe has raised $12.8 million in a third round of financing to expand its robot beyond Pleo, said the company’s chief executive, Bob Christopher. 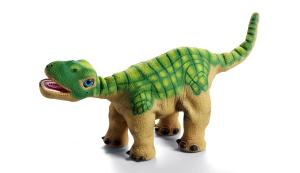 The company’s robot team is headed by chairman Caleb Chung, co-creator of the Furby talking dolls that have sold more than 50 million units. Chung’s team created a sophisticated artificial intelligence system as the brains behind Pleo, a dinosaur whose aim is to illicit emotional responses from people.

Pleo has a lot of sophisticated hardware, including 14 motors, 38 sensors, two ARM7 microprocessors, and five other microprocessors. It’s loaded up on features, but it isn’t cheap.

It remains to be seen whether Pleo can become a smash hit. Another company, WowWee, is betting that price point can move consumers more than brains. It’s creating its own pet-style robots at much lower prices than Ugobe. So we should soon have an answer to the question of whether consumers prefer cute and affordable over expensive, but smart and lifelike.

Pleo started selling for $349 when it came out in December, making it a hefty purchase that appealed mainly to robot hobbyists. The company has sold more than 50,000 to date, Christopher said. The relatively low sales numbers are one reason the venture capital will come in handy. 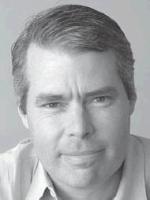 The company has issued a couple of software upgrades and continuously adds new programs to help Pleo behave more and more intelligently. Christopher said Ugobe, which currently employs 40 people, will expand product development, looking beyond Pleo to future robots. The company’s already got much of the hardest work of creating a system for a lifelike robot behind it, Christopher said.

The company has steadily been adding new markets and will continue to expand geographically. More than 14,000 people have signed up on the company’s community web site, dubbed Pleo World.

Hyield Venture Capital Company, a division of Taiwanese contract manufacturer Foxconn Technology Group, led the round. Other investors include Chauncey Shey of Frontier Management Group in Shanghai, China, and Maxima Capital, headed by Max Fang, who started the Asia operations for Dell. To date, Ugobe has raised $24 million.