Last year about a third of mobile developers and publishers said they were cheated when acquiring new app users. This year, that number has jumped to almost two thirds. 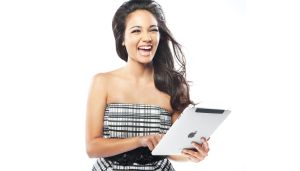 Last year VB published one of our first-ever research reports (yes, we do that now) on the hot topic of mobile user acquisition. We’ve updated it regularly since then, but are now completely redoing the study for 2015. It’s still very much in the kitchen, but early returns indicate a massive swing in user acquisition fraud incidence rates.

User acquisition, of course, is the marketing process that mobile publishers are increasingly seeing as a necessary core competency to bring new players and new users into their games and apps. Social media, content, app store optimization, mobile advertising networks that focus specifically on user acquisition ads and — yes — Super Bowl ads are just a few of the many methods developers currently use.

Be part of our study:
Answer the 5-minute user acquisition survey, and we’ll share the results

But in 2014, fraud seems to have been much less of an issue. When we survey developers, only 34 percent of them reported being cheated: 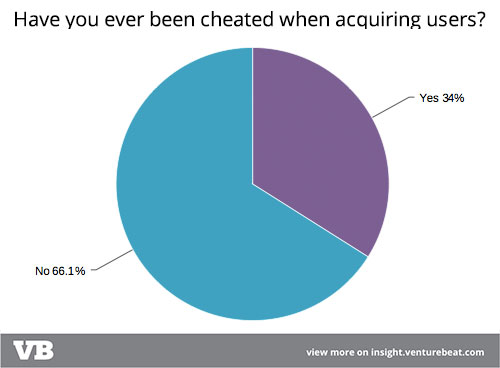 The picture looks much different in 2015. Something significant appears to have changed, possibly due to the fact that the entire mobile ecosystem, already the most competitive and fastest-moving market in history, has continued to amp up the pace — and the rewards — for winners. 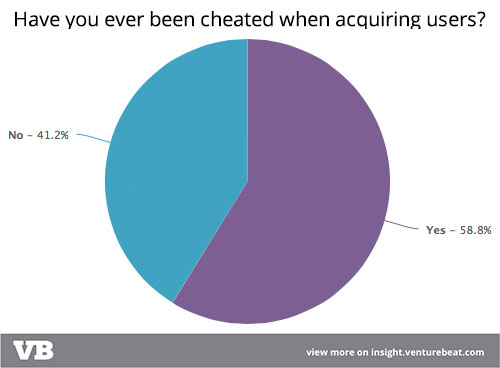 The reality, of course, is that fraud is bound to be a problem, and there are almost guaranteed to be bad apples in the mobile user acquisition game. The entire space has become incredibly competitive. As there are millions of apps in the various stores, and as new apps are continually being added, developers have resorted to paying more and more in advertising and promotion costs for users, who now can easily cost over $3 each, with some publishers paying $8, $10, or even $25 for each qualified and quality user.

Those numbers attract more than the legitimate mobile ad networks. As we’ve seen in our recent Mobile Advertising and Brands report, digital advertising fraud in general could be as high as $6.3 billion in 2015. Mobile is a bit more than a quarter of that — still a large number — and when the dollar signs get this big, bad actors are invite themselves to the party.

Bots are the main concern here, although invisible ads, stacked banners, tricky links that invite “fat-finger” taps, install farms that utilize cheap overseas labor, and many other nefarious methods are all part of the problem.

Our 2015 study is ongoing and we’re still in data collection mode. Almost 500 mobile developers and publishers have chimed in — add your voice too, and we’ll give you early access to the data.

Have you been cheated as well?