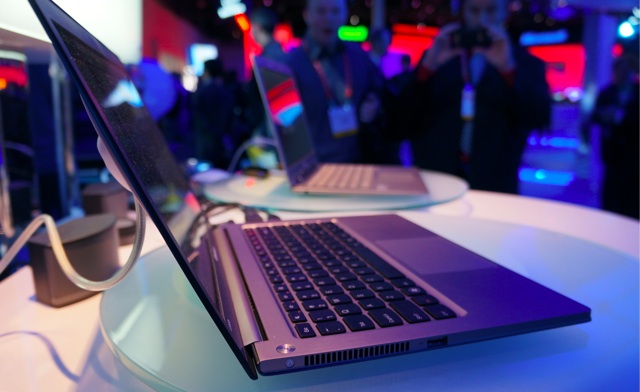 There’s a good chance that your next laptop will be thinner and lighter than you can possibly imagine.

This week at the Consumer Electronics Show in Las Vegas, Intel unveiled its grand plan to make Ultrabooks — its snazzy name for ultraportable MacBook Air-like laptops — the next big thing in computing. This year alone there will be more than 75 Ultrabook models on the market, and Intel has said that it’s gearing up its biggest marketing push since the Centrino lineup for the new machines.

Ultrabooks are poised to replace boring old Windows laptops for good in the next few years, and that’s a good thing. 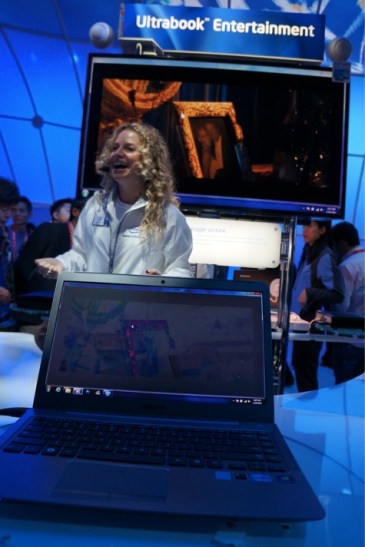 While Apple’s MacBook Air is the obvious inspiration for Ultrabook PCs, the move towards impossibly thin laptops has been in progress for decades — from ultraportable IBM ThinkPads in the 90s, to netbooks, to the razor-thin Ultrabooks. Initial ultraportables were always too expensive, and netbooks generally weren’t powerful enough to serve as primary computers. It’s just now that the hardware to make Ultrabooks powerful and useful is actually affordable.

You could get the same benefits from Apple’s most recent MacBook Air model, but as is typical of PCs versus Macs, Ultrabooks promise to be cheaper. (Technically, the MacBook Air is an Ultrabook, though it’s unlikely Apple will make any effort to get it labeled as such by Intel.) Apple’s 11-inch MacBook Air starts at a reasonable $999, but the larger (and preferable for doing work, in this reporter’s opinion) 13-inch model will run you $1,299. Most 13-inch Ultrabooks, on the other hand, are aiming for a price well below $1,000.

Ultimately, the proliferation of cheap ultraportables means consumers will no longer have to decide between buying a boxy laptop and saving money, or aiming for something thin and light. With Ultrabooks, ultraportability will become the new standard consumers who want a new laptop. Boxy laptop designs will stick around on the very low-end, and desktops will become even more endangered among general consumers.

Ultrabooks will be particularly useful for students and professionals — basically, anyone who needs to carry their computer for most of the day. And given that they’re so light, Ultrabooks will completely erase the need for a tablet for many. Intel has also said that PC makers are working on bringing touchscreen capabilities to future models (in addition to voice and motion controls), blurring the line even further between Ultrabooks and tablets.

Having used a MacBook Air for almost a year now, there’s honestly no way I could go back to anything thicker, or anything not running a SSD.

Aside from the extreme portability, what I love most about the MacBook Air is the way it completely gets out of the way to let you be productive. I can turn it on and begin working from a cold boot within 15 seconds. Or, if it’s in standby mode, I can flip open the lid and begin working almost immediately. That’s mostly thanks to the fast SSD and graphics capabilities — and it’s something that Windows-based Ultrabooks will share.

Speed. Simplicity. Portability. I realized fairly quickly that this is how I’ve always wanted my computers to fit into my daily life. With Ultrabooks, soon everyone will learn this is the way computers were meant to be.