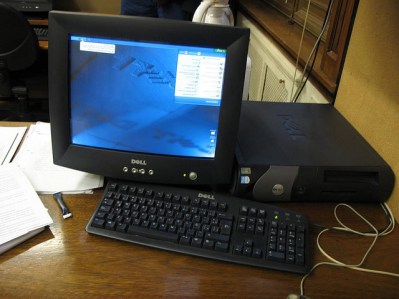 The past has come back to haunt Dell. Documents unsealed yesterday regarding a three-year-old lawsuit against the company have revealed that Dell knowingly downplayed hardware defects for millions of computers it sold between 2003 and 2005, the New York Times reports.

The lawsuit, originally filed by Advanced Internet Technologies, accused Dell of hiding the extent of its computer’s hardware issues from customers. Dell settled the suit in September without disclosing terms.

To get a sense of the issue’s scale: The documents reveal 20.2 percent of a 2,000 computer batch purchased by the City of New York had incident reports on file. Of 2,800 computers purchased by Microsoft, 11 percent showed issues.

Dell apparently ranked its affected customers by importance, the documents showed, giving those who would move to another computer maker because of the issue the highest priority. Instead of recalling the computers, Dell performed “proactive field replacements” — which likely involved having technicians replace affected motherboards before they exhibited problems.

Dell’s hardware issues stemmed from the capacitors — small components that control power flow — on the motherboards of its desktop computers. The faulty capacitors (dubbed the “capacitor plague” on Wikipedia) have an intriguing story of their own — they were the result of a stolen formula by a Japanese scientist. The formula eventually found its way to a Taiwanese capacitor manufacturer, but not before going through some changes along the way that caused the capacitors to bulge and leak chemical fluid. Before the technology industry realized it, the faulty capacitors had found their way into computers, TVs and other electronics.

Other computer manufactures like Apple and HP were also affected by the faulty capacitors, but Dell has by far faced the most issues because of them. The company shipped 11.8 million affected computers between 2003 and 2005, according to a study by Dell and a third-party. The company announced in 2005 that it took a $300 million charge tied to fixing or replacing the affected computers.

A 2004 Dell study revealed by the court documents showed that the company had vastly underestimated how bad the situation would get. In June 2004 the company expected 12 percent of its SX270 and GX270 Optiplex computers would have trouble over their first three years — but by September, it raised that number to 45 percent and said it could very well go as high as 97 percent.

The study also showed that Dell planned to help customers who bought 50 machines and had at least 5 percent of those fail. Other customers were classified as “fix on fail”, which meant they couldn’t get help until their computer broke down. The company said it replaced motherboards for 22 percent of the 21 million computers it shipped during 2003 to 2005.

Dell also instructed its salespeople and technicians not to let customers know about the issues. Internal presentations (PDF link) contained phrases like “Don’t bring this to customer’s attention proactively” and “emphasize uncertainty” as directives Dell’s employees should follow.

I’m not at all surprised by the reports of Dell’s tactics, as I’ve seen many of them first-hand. I was working in desktop support during the height of this capacitor fiasco, and the issues carried on for years afterwards. We ended up stockpiling loads of Dell GX270 replacement motherboards and would replace them on-site when systems failed. But even some replacement motherboards had faulty capacitors, which made the whole ordeal a crazy Sisyphean support nightmare.

Dell doesn’t seem too phased by the whole ordeal, however. In its third-quarter filings today, the company announced its desktop PC sales are up 21 percent from a year ago and accounted for 24 percent of its overall revenue.

Photos via Maximiliano Kolus and 406 Coupe