At the Intel Developer Forum in San Francisco, Intel showed off what it believes will be the next generation of virtual reality headsets. Its Project Alloy is intended to be an open platform for “merged reality,” which combines features of both virtual reality and augmented reality.

Intel unveiled the new platform Tuesday, and I was able to get an up-close view of it. I also interviewed Tim Parker, vice president and general manager of marketing for the perceptual computing platform at Intel.

The Project Alloy headset is huge now, and it’s something you would never really put on your head. But the version that Intel CEO Brian Krzanich showed off on stage is intended for developers to get starting on applications. Final hardware and specifications likely won’t be ready until the second half of 2017, while developer kits are expected to go out in the second half of this year.

For now, the system is bulky. That’s because it is intended to be a self-sustaining, all-in-one experience. You won’t need to tether it to a PC, since it will have its own processor, graphics, screen, lenses, and battery pack. It is also supposed to deliver on the promise of merged reality. 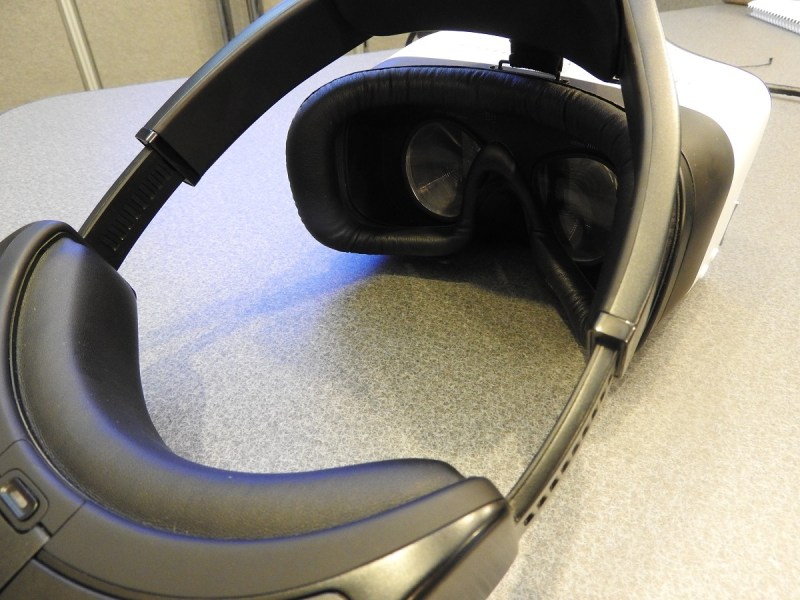 Above: The Project Alloy headset has a big battery pack in the back.

“We built this all from the ground up with our own technology,” Parker said in our interview.

The headset will deliver six degrees of mobility. You won’t be tethered, so you can walk around. You can even go into another room, as the device has two Intel RealSense cameras built in to detect your movements.

Those cameras can also track your hand gestures using 3D depth-sensing technology, so you won’t need game controllers. Instead you can use your hands to interact with the merged reality environment in a more natural way, Parker said. During the on-stage demo, this meant the user could grab a virtual gold bar with their hands.

The battery is big right now, but Intel cleverly designed it to sit at the back of your head to counterbalance the heavy display. This built-in battery allows you to operate without wires attached to your headset.

Intel also announced a new RealSense camera on Tuesday, and it intends to continue to shrink the technology while enhancing its capabilities. By the time it starts deploying the Alloy hardware, the camera could be even smaller, Parker said. Intel will also have a second, more power-efficient version of its 7th Generation Core processor launching this fall. 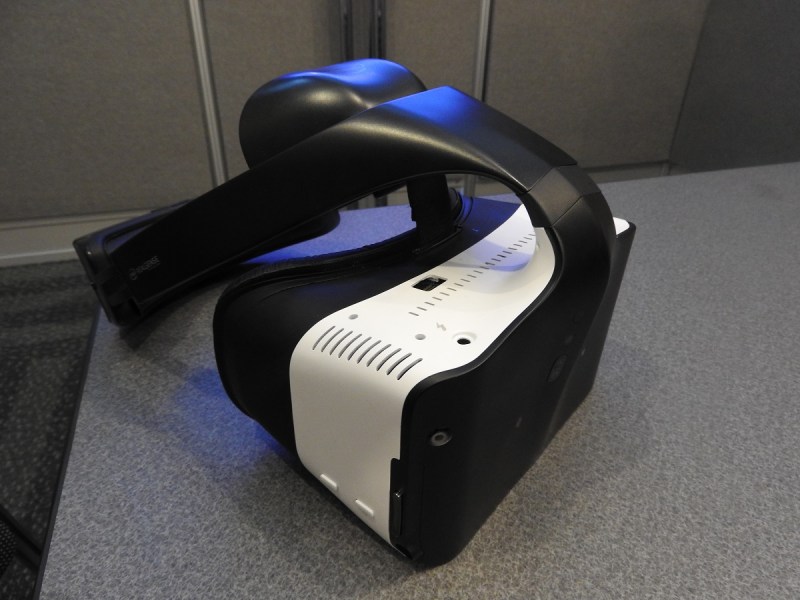 Above: Intel’s Project Alloy will launch in the second half of 2017.

“We are a hardware company, and we hope to see a lot of innovations around Alloy” to make it more practical, Parker said.

Intel and Microsoft are collaborating on the specifications for merged reality hardware and software, and Intel will make Alloy compatible with Microsoft’s Windows Holographic platform. Parker said that Project Alloy is a serious effort with “a significantly expanding” staff within Intel. He doesn’t think it will replace VR headsets that are tethered to the PC, since those systems will have better performance.

“But the advantage you get with mobility is huge,” he said. 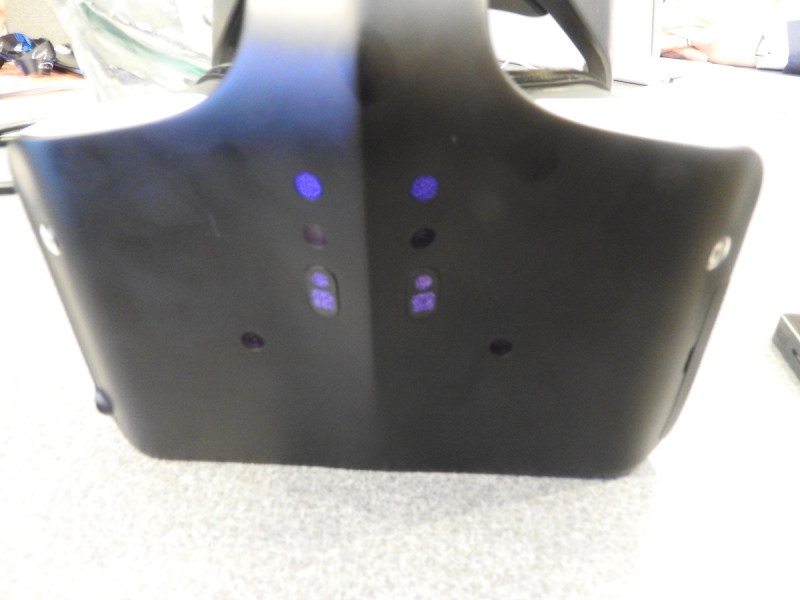 Above: Intel’s Project Alloy has two RealSense cameras as sensors.