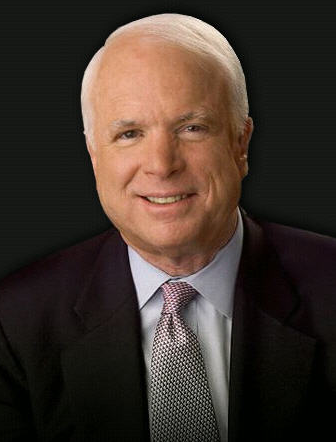 Obama made his sweep through Silicon Valley last year, connecting with top entrepreneurs like Marc Andreessen, and telling us about his technology policy proposal, that was impressive in its depth. McCain, who has given some interviews this year where he’s outlined his policies, has up until now not presented any formal proposal, and has been criticized because of that.

The McCain proposal is relatively pro-business, and pro-free trade, the Wall Street Journal notes in its early look at it. The plan includes a ten percent employee tax credit, to be paid to the company for employees who work in research and development — intended to convince companies to hire locally rather than look for help overseas. At the same time, it calls for expansion of the H1-B visa program, to help more skilled foreign workers come to the U.S. It would also provide tax breaks to telecommunications companies that bring high-speed internet access to rural and low-income areas (meanwhile, as the economy has worsened, more people have been cutting back on this expense).

This proposal sounds pretty good for libertarian-minded Silicon Valley, so far. More controversially, McCain is siding with telecommunications companies over the issue of “net neutrality.” His policy, shaped by telco-friendly ex-Federal Communications Commission Michael Powell, would oppose laws that seek to regulate which users can use how much Internet bandwidth at what price. Obama has come down on the other side of the net neutrality issue, siding with those who believe the telcos’ ability to regulate Internet availability is monopolistic and hinders innovation.

Broadly speaking, though, the plans differ more by what they emphasize and less by where they outright disagree. Obama also wants to give tax breaks to incentivize broadband access, improve how the visa work permit works, but wants to spend more on high-tech education initiatives.

Silicon Valley, home to many who are both Democrat and libertarian, seems to favor Obama. He has raised more than McCain here, he presented his plan at the Googleplex in Mountain View, and he’s especially popular in the northern part of the valley (San Francisco). But McCain has his own high-profile supporters. He has signed on former eBay chief executive Meg Whitman to be his campaign’s national co-chairwoman, and has endorsements from former Hewlett-Packard chief executive Carly Fiorina and Cisco Systems’ chief executive John Chambers.