The table at left shows how moribund fundraising is compared to most years except for the post-bubble dog years of 2003 and 2004. The quarter saw 15 new VC funds raised, compared to only 25 a year ago.

Some of the slowdown in the U.S. is coincidental, because many firms exploited the strong upturn in sentiment over the past two years to raise cash — and there’s simply fewer qualified VC funds left to raise money. Firms can live off of their funds for about three years or so. However, big investors are also clearly turning bearish on VC firms — the average fund hasn’t been performing that well lately. Many large institutions, such as public and private pension funds, are earmarking money for large buyout funds instead. 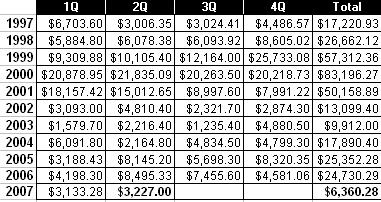 A more complete table of fundraising is shown at left. Venture firms raised a total of $6.36 billion during the first two quarters of the year, which is only half the amount raised during the same period last year. However, in 2006, five ‘mega’ venture funds raised more than $7.92 billion in capital alone and 2005 saw $2.6 billion raised by two super-sized funds, which distorts things somewhat.

Meanwhile, check out the Zero2IPO presentation here about fund-raising in China. It contains lots of other data about private equity and VC trends. Most of the arrows are pointing sharply upward. 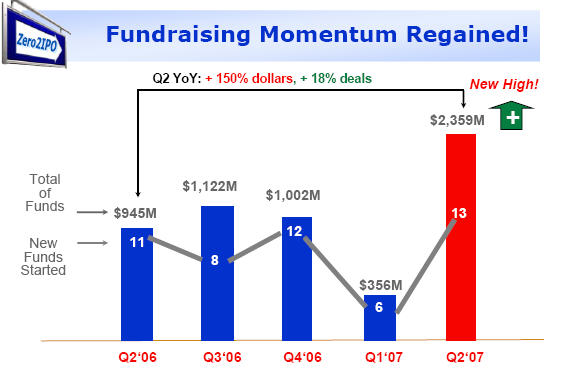