The Android Viewer provides a chat feature, so that people viewing the show can interact with each other. Ustream also recently launched Broadcaster, a way to let users record and stream video from a mobile device. So taken together, Viewer and Broadcaster allow users to both broadcast and receive on phones. Until the rise of the smartphone, companies like Ustream had mainly focused on the Web — allowing people to stream video and watch it on the Web (via their computers), but not to mobile phones.

The application is available for download now and can be tested tonight at 7:30 pm to watch the live Kiss concert from the Staples Center for free. 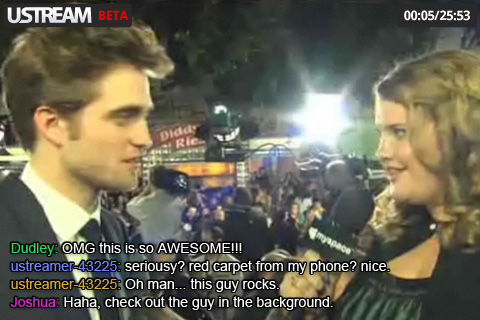