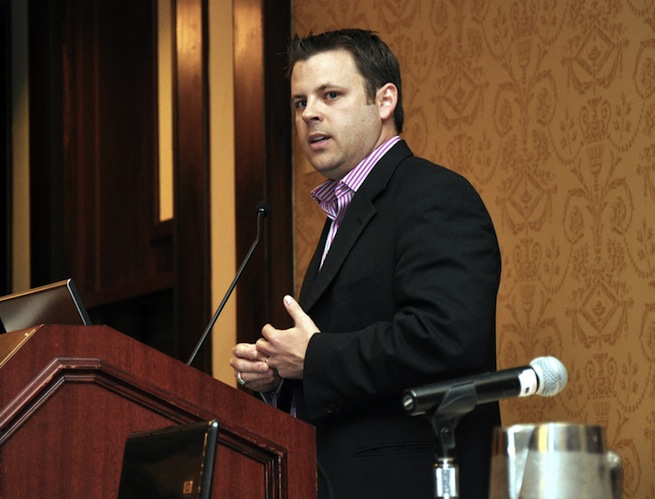 Ustream is undergoing what chief executive Brad Hunstable says is the “largest and most coordinated DDOS attack Ustream has ever seen” today, and the team is pissed. The attack is rumored to be an attempt to censor a Russian citizen journalist reporting on protests in the county.

“We’re a business, we lost a lot money today,” said Hunstable (pictured above) in an interview with VentureBeat. “This was on a scale that I’m not sure many websites would be able to fight off. This was one of the biggest denial of service attacks on the Internet.” 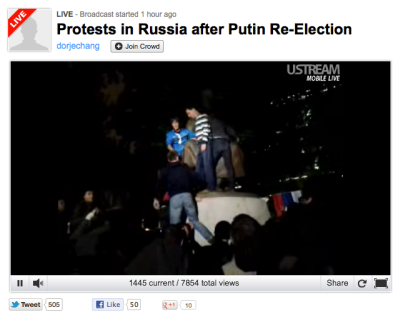 Above: Live video of protests in Russia on Ustream’s homepage

A denial of service attack is when an individual or group of individuals attempt to access a website at hyper speeds, clogging up the network and eventually bringing the tired website down. Hunstable and his Ustream team have dealt with two previous denial of service attacks pertaining to citizen journalists streaming video of protests in Russia since the reelection of President Vladimir Putin. The first two DDOS attacks, which occurred on December 6th 2011 and January 6th 2012, were not at the scale of today’s.

Hunstable is not taking this lying down, however. Within the last hour (since the writing of this post) Ustream finally got back up and the team is squarely featuring the Russian citizen journalist, ReggaMortis1, on its homepage. It’s a veritable “don’t mess with my users” move, which Hunstable (who mentioned he was a West Point graduate) said could turn into a full fledged Russian website tomorrow.

“We’re going to huddle up late tonight and take a step back and figure out what we can do differently,” Hunstable said. “I told my guys, I want us to roll out a Russian Ustream tomorrow.”

The team got a tip-off from a Russian user who revealed two names of suspected attackers. Riots have broken out across Russia. Putin, who was recently reelected to Russia’s leadership was inaugurated this past Monday.

“We may not agree with what [all our users] have to say, but in my opinion everyone has the right to speak,” Hustable told us. “Today you could summarize that there was an attack on Internet freedom.”

Update: Ustream had made good on its threat, and its first go at a Russian channel, with localized and translated content, is now live and can be found at ustream.tv/russia.