Workplace harassment is depressingly common. The U.S. Equal Employment Opportunity Commission received 90,000 complaints in 2015, and it estimates that three-fourths of all incidents go unreported. In a separate study, the commission concluded that anywhere from 25 percent to 85 percent of women have experienced workplace harassment of a sexual nature. The Washington Post, meanwhile, found in a recent survey that 10 percent of men have experienced sexual abuse at work — significant, if a small slice of the one-fifth of Americans who say they’ve been harassed by coworkers, according to CNBC.

The sobering state of affairs inspired Sabrina Atienza, formerly a software engineering consultant at DNA Health and chaos theory researcher at the University of Maryland, to cofound Valued (formerly known as Qurious), a San Francisco startup that today emerged from stealth with $1.7 million in seed capital led by BootstrapLabs. The startup’s mission, she says, is to provide companies with the AI-driven tools they need to stop inappropriate behavior, bias, bullying, and discrimination in their tracks.

“We specifically designed Valued to make the workplace an open, safe, and inclusive place for everyone — regardless of gender, sexual orientation, or ethnic background — so professionals can maximize their potential and be their best at work,” Atienza said. “As a female entrepreneur and software engineer, I’m … aware of the long-term damage workplace bullying can have on one’s performance, overall mental health, and ability to grow as a professional.”

She describes Valued as a “Slack-first” HR platform designed to help managers proactively combat abuse by fostering collaboration, teamwork, and inclusion. Companies add the Valued chatbot to their Slack chatrooms, and employees and management can ping the bot with commands to solicit — and provide — feedback. 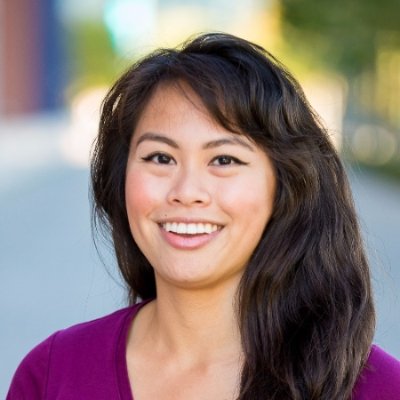 Above: Sabrina Atienza, cofounder and CEO of Valued.

For example, typing “/ask” direct messages everyone in a Slack channel with a question, while entering “/checkin” invites them to share their weekly progress, challenges, and upcoming efforts. Another command — “/org” — surfaces a chart that shows headcount and messaging patterns across teams.

The plan is to add greater cognitive intelligence to Valued down the line. Atienza says that it’ll soon be able to sift through messages in public channels for inappropriate language and potential indicators of hostile behavior, which she believes could go a long way toward addressing the concerns of employees who fear retaliation from speaking out about harassment.

“It’s imperative businesses do everything in their power to bring this level of behavior to a complete stop, while also encouraging and rewarding those employees who make an effort to collaborate effectively with their peers,” Atienza said.

The argument for tools that combat workplace abuse is partly a pragmatic one, according to Nicolai Wadstrom, managing partner at BootstrapLabs. Harassment not only hurts employee morale, it’s also bad for the bottom line. A study by the Merit Systems Protection Board estimated that over the course of two years, sexual harassment in the federal workforce cost the government a total of $327.1 million as a result of job turnover, sick leave, and decreased productivity.

“[Tools like] Valued … empower leaders to implement zero-tolerance policies and make their employees feel truly valued and respected,” she said. “[It can] be as important for employees, and [for] their employers to attract and retain talent, as having a health benefits plan.”

Valued isn’t the only bot-based anti-workplace harassment product out there, of course — far from it. Chatbot Jornaler@ aids employees in recording their hours and the amount they’ve earned in order to reduce wage theft. Callisto is a web-based tool that can identify serial offenders at companies and universities. And conversational AI platform Spot initiates interviews about discrimination and harassment events witnessed or experienced and then converts them to a signed PDF report that is optionally sent to the interviewee’s employer.

But Ben Levy, cofounder and managing partner at BootstrapLabs, argues that Valued is more capable than most.

“Workplace bullying has become a pervasive issue in businesses around the world,” said Levy. “The last two years have seen the Me Too movement, the denunciation of toxic work culture, and the Google walkout involving 20,000 employees in the largest tech employee activism demonstration in modern history. Employees are fed up with fake corporate values. They demand action, they demand fairness, they demand transparency and equal opportunities. These core values should be a reality for employees.”

Valued’s service starts at $3 per month per user. A starter pack that supports up to 100 users is available for $200 per month.