A Seattle startup, ChefSteps, has announced a piece of hardware, Joule, that functions as an “immersion circulator,” making it easier to create sous vide meals. Cooking and eating awesome food may be on your mind ahead of Thanksgiving. But the Joule won’t begin shipping until early next year.

Newell supplied money for the high-tech cooking startup that Chris Young and Grant Crilly started. Both previously worked with Nathan Myhrvold, the former chief technology officer at Microsoft, on his Modernist Cuisine cookbook. Myhrvold is a big fan of sous vide as well. This company’s goal is to invite people to cook with passion. 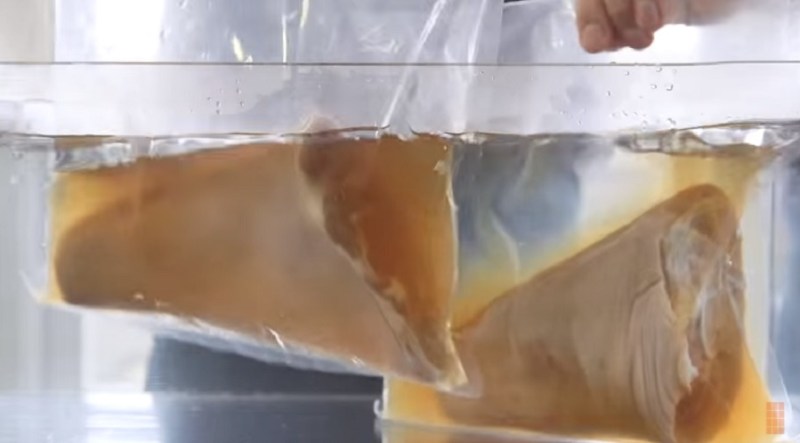 Above: Sous vide is about gently cooking food in water.

In the video below, ChefSteps vowed to modernize sous vide cooking equipment, making it smaller, cheaper, and less noisy. Newell makes an appearance in the video at the 1 minute, 29 seconds point.

“It’s kind of a strange story,” Newell said to the website Eater in an interview.

The founders made some food for Newell. His 11-year-old son loved it so much that he got the Modernist Cuisine cookbooks. 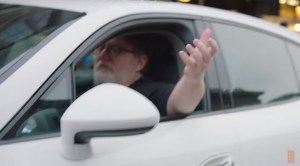 “They came over and it was easily the best food I’d ever had,” Newell said. “Spectacular in its design and execution.”

Of his son, Newell said, “It was his bedside reading for six months. Even though, up until then, he’d never been interested in cooking at all, he suddenly decided he wanted to be a chef. And when I talked to him, he was talking about it like an engineer talks about it; he was talking about tradeoffs and fundamental principles and thermodynamics.”

So Newell started talking more with Young and Crilly, who were then just launching ChefSteps. They teamed up, and Newell supplied the funding in the form of a loan, but he did not take any ownership in the company. (Valve is not involved).

With sous vide cooking, you seal food in a plastic bag and then put it in water that is heated to a precise temperature. You immerse the food for a long time, and it cooks slowly. The result is extremely tender food. Joule is designed to make the process easier. You can use an app to control Joule, which heats up the water to the right temperature, quietly. The app has instructions for cooking various foods like steak, complete with images that show you what the meat will look like when cooked for a certain time and temperature.

The product will be available only on the company’s site. It can be preordered now for $200. After January 15, it goes up to $300.