The Harvey Weinstein harassment story has echoed through the world of business and entertainment for a few weeks, but the topic of sexual assault has been on the mind of Morgan Mercer for a long time.

That is why the Los Angeles entrepreneur has started an Indiegogo crowdfunding campaign to raise money for Vantage Point, a virtual reality application that will train people how to combat sexual assault and harassment in both college and the workplace. Mercer said in an exclusive interview with VentureBeat that she is a victim of sexual violence, and that motivated her to do something to help others. She said she is willing to share this publicly for the first time.

Mercer has teamed up with VR games veteran Louisa Spring and a production team at Vanishing Point Media to build the app. She is targeting $650,000 as her crowdfunding target. On her Indiegogo page, she notes that one in three women will be sexually harassed at work. One in four will be sexually assaulted on campus. And one in six women will be a victim of rape.

“We want you to step into someone else’s shoes and create a baseline of empathy prior to the training,” Mercer said. “We think it’s important to understand what people are going through. What better way to do that than virtual reality?”

Tony Parisi, a pioneer of VR and head of augmented reality and VR strategy at Unity Technologies, has joined Mercer’s advisory board. Vantage Point will put people in the shoes of someone facing sexual assault so that they can understand a situation quickly and do something about it. It trains women how to react in certain circumstances, and it shows men what it’s like to be in someone else’s shoes. Only virtual reality can communicate these messages in a truly immersive way, Mercer said.

Mercer plans to produce a script, hire actors, and shoot the scenes in 360-degree video. She believes the videos will be much more effective than standard training, which doesn’t make an emotional impact on people. Mercer wants people to feel empathy. Mercer wants users to learn how to play an active role in stopping blatant sexual assault and harassment as it happens in real time.

“This is just too important for society,” Spring said in a conversation. “VR really puts you in someone else’s shoes.”

Mercer acknowledged that harassment can be subtle and hard to notice for bystanders. At first, Vantage Point will focus on the more blatant examples of abuse. She is talking with charitable groups to form relationships with real-life survivors so that they can contribute their own knowledge to the content. Mercer hopes that survivors will come forward and tell their stories through the powerful medium of VR. 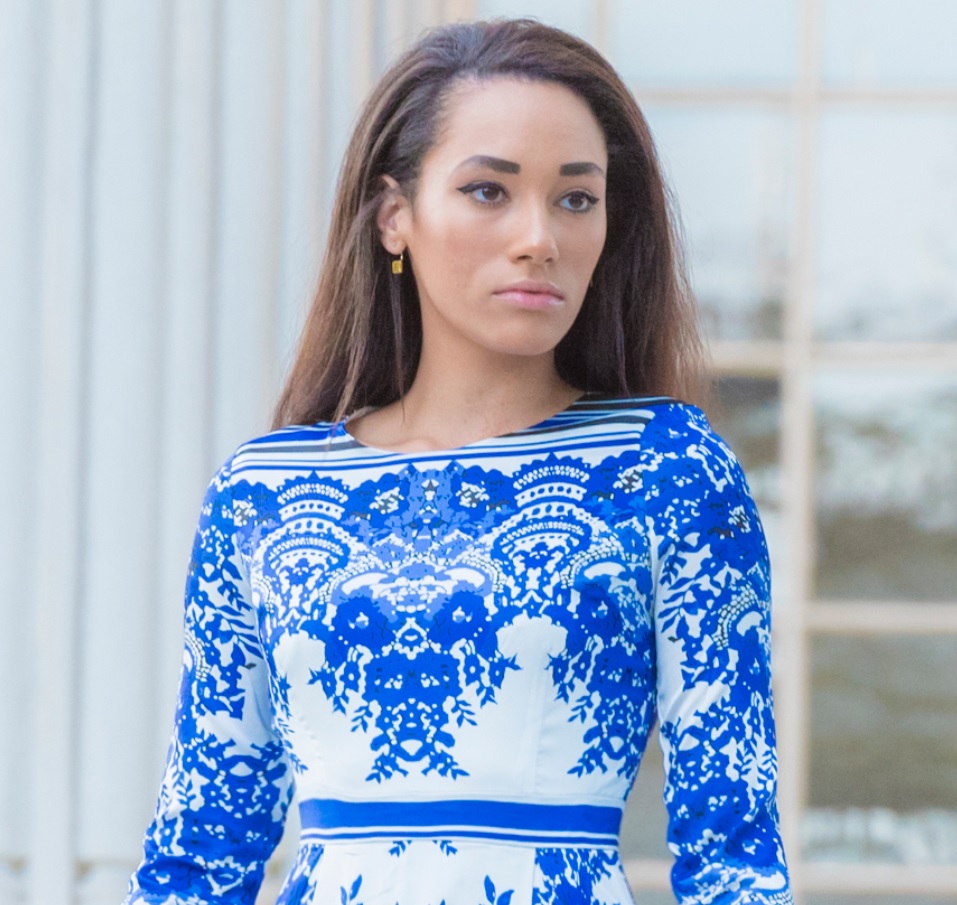 Above: Morgan Mercer of Vantage Point is creating a VR training program to deal with sexual assault.

Mercer got the idea for Vantage Point after listening to Sara Elizabeth Dill, director of criminal justice standards at the American Bar Association, give a talk about sexual harassment. Mercer wanted to know the best way to train someone how to respond to sexual harassment.

She also said, “I am a survivor of sexual violence. I haven’t talked about this publicly before. But since I started speaking about it, a lot of my friends have said this has also happened to them.”

As for the publicity around Weinstein’s sexual harassment case, Mercer said she feels split. Part of her is proud that so many women are finding their voices. But she also wants to see it lead to actionable next steps, so that some good can come from it.

Mercer met Spring a couple of years ago at an event, and she became fascinated with VR. She started doing work in the industry. Previously, she had a job as an analyst at the Department of Homeland Security, and she also did digital marketing for an ecommerce company. When she explained to Spring what she wanted to do, Spring joined as a cofounder. She has worked at Snobswap, Fifth Tribe, and Ivy.

“I quit both of my jobs to work on it and moved to Los Angeles,” Mercer said.

The 360-degree video will cover apps that address both the collegiate audience and the workplace audience. Mercer will seek out partners to get wider distribution, not only for VR headsets but for 360-degree videos that can be viewed on two-dimensional screens.

Exactly how to respond in certain situations will be tricky. The final videos will be a few minutes long.

“We’ll start out with situations that are black and white,” Mercer said. “We want to give the options for response, and how your response affects what happens. The point is to train people in VR to do something safely. We don’t want to put people at a safety risk.”

Mercer said she has a team of four and an advisory board of five people helping. She hopes that work will begin in January, and she expects it to take a few months to complete the first video.