Varjo has revealed its next generation of virtual reality headsets with “human-eye resolution,” or extremely sharp imagery for enterprise, medical, design, and engineering applications.

The new “XR/VR” headsets are called the XR-3 and VR-3, where the XR version combines VR and augmented reality in the same headset and the VR focuses only on virtual reality. The company said this new generation has twice the performance of the previous one.

Helsinki, Finland-based Varjo has steered clear of consumer applications such as gaming and is instead focused on bringing the sense of immersion and presence (feeling like you are somewhere else) to markets where precision is a must. Use cases include training doctors to complete a medical procedure.

“What makes this a next-generation product is that the performance is twice the performance of what we have had before,” Varjo CMO Jussi Mäkinen said in an interview with VentureBeat. “And the price is almost half. So this is really scaling Varjo for companies of all sizes.”

The headsets aren’t cheap, which is one reason they aren’t aimed at consumers. The Varjo XR-3 is available for enterprise purchase for $5,495 together with Varjo Subscription, which starts at $1,495 for a year. The Varjo VR-3 costs $3,195, with a one-year subscription starting at $795.

“This is aimed at large enterprises scaling into bigger deployments,” Mäkinen said.

Those prices are too high for most consumers, of course. But at a time when many design teams can’t work together in person anymore, these headsets can offer a good return on investment, replacing processes that take a lot of time and are a lot more expensive, Mäkinen said.

Varjo chief innovation officer Urho Konttori said in an interview with VentureBeat that the company has packed in as much technology as it can this time. Konttori said Varjo has made a lot of progress over the years in terms of balancing the cost, technology, and variety of applications.

“The ultra-high resolution is everywhere in this display,” Konttori said. “Both of the screens run at 90 hertz. We have really accurate colors, and that’s important for our customer base. We have 99% RGB color accuracy.”

Varjo showed in an online demo how it can create richly detailed simulations, like the exterior and interior of a Volvo car, as designed in VR by engineers and designers. 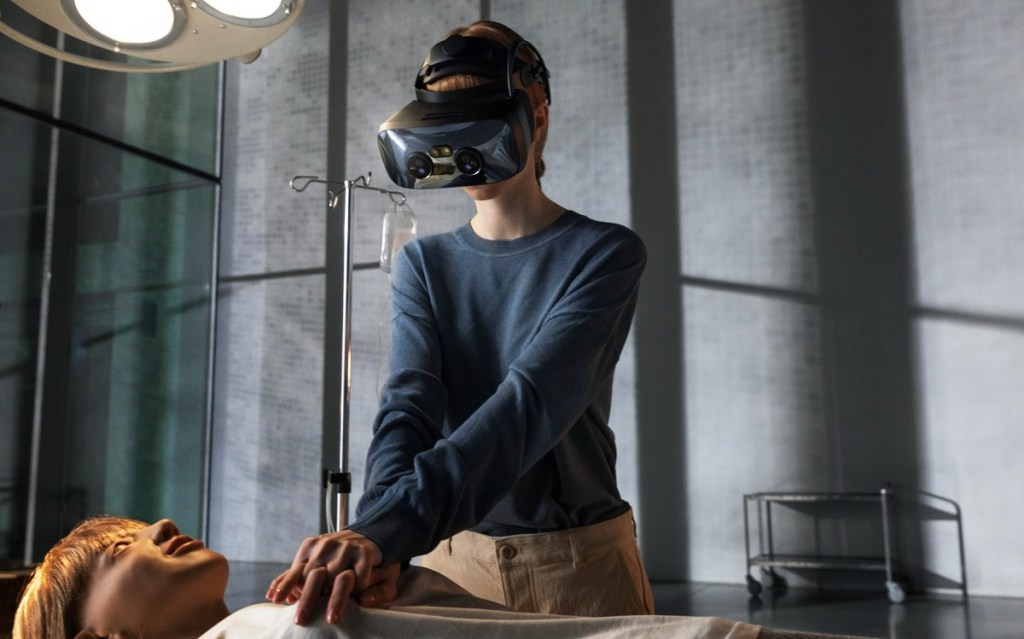 Above: Varjo’s VR headset can be used in medical or enterprise applications.

The XR-3 and VR-3 are aimed at professional applications with a need for photorealistic virtual reality.

It takes a lot of effort and money to build this kind of headset. The company started in 2016 and has raised $100 million. It currently employs 130 people. The biggest customers have been buying the devices at a rate of hundreds of units, Mäkinen said, adding that the first customer was a billionaire who used it for entertainment purposes.

“Maybe this time, we can get 10 billionaires,” Mäkinen joked. “Half-Life: Alyx looks so great with this headset.” 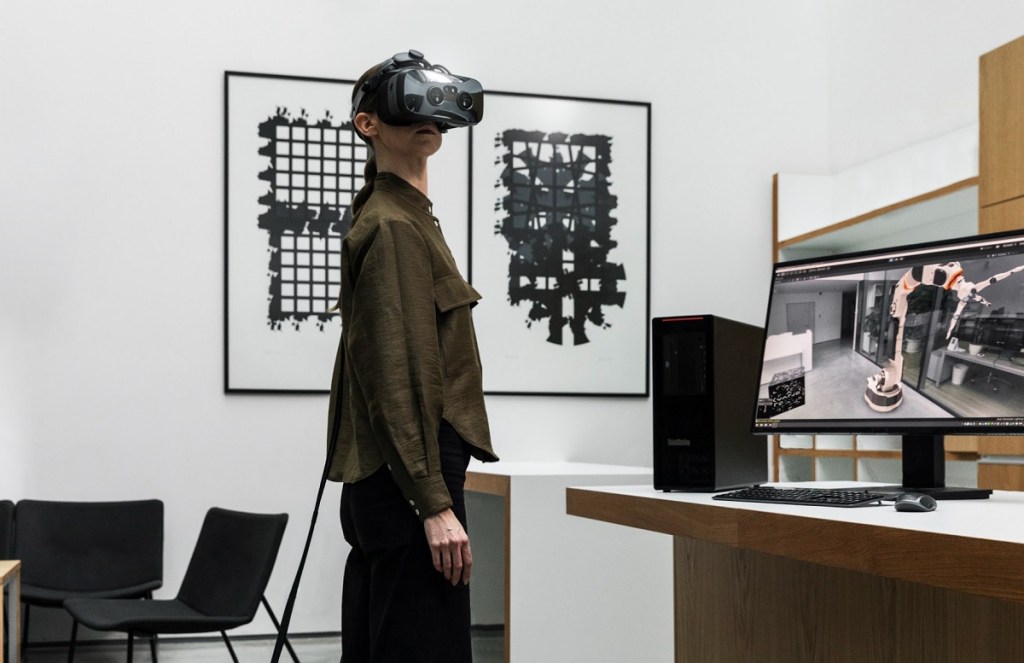 Above: Varjo is targeting product designers and other professionals with its XR/VR headsets.

The new headsets provide pilots and flight crews with an unmatched level of realism that replicates the exact feeling and conditions needed for rigorous training and simulation, Mäkinen said.

Designers and creatives can create 3D visualizations — where textures, reflections, colors, text, curvature, and angles in shapes can be seen in far greater clarity than with any existing headset, he said.

First responders or surgical teams can train together in an immersive reality, improving ways of working, communication, and readiness for any medical scenario.

“We have provided our VR and mixed reality headsets to hundreds of customers in the previous generations, and now we’re introducing the third-generation products,” Mäkinen said. 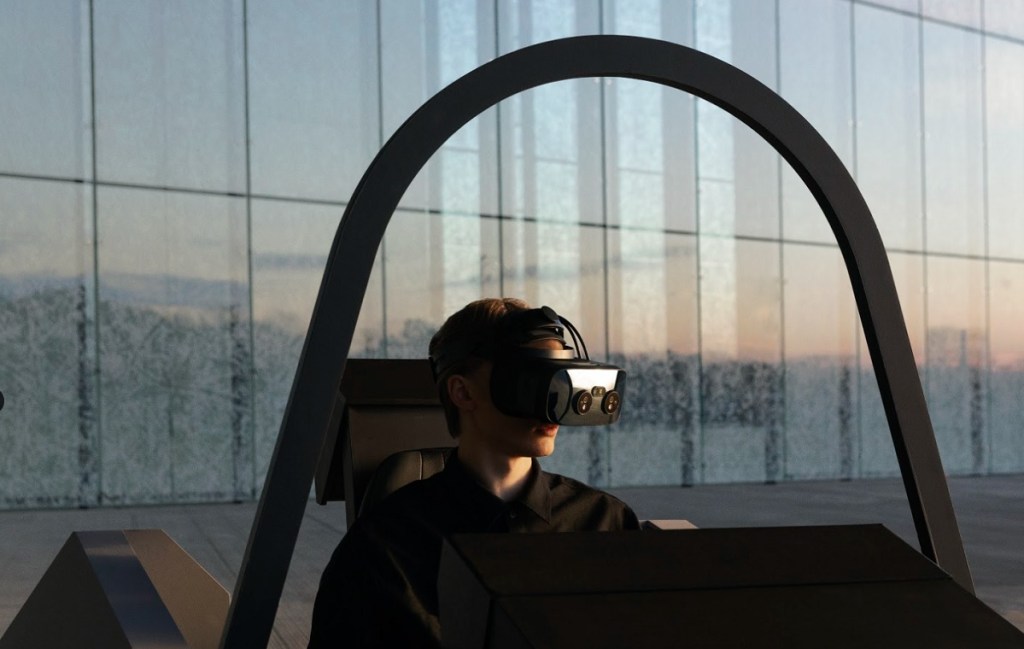 Varjo said its full-frame “bionic display” features human-eye resolution. In the focus area, the resolution is 1,920 pixels x 1,920 pixels per eye, while the peripheral area has a resolution of 2,880 x 2,720. The images refresh at a rate of 90 times per second, or 90 hertz, and the field of view is 115 degrees.

The XR-3 has inside-out tracking (it has cameras on the headset itself that sense the environment, and it does not need the help of external sensors). While the headset could run faster than 90 hertz, that’s about the limit for human comfort, Konttori said.

The headsets now also support ultra-high resolution across the full frame, as well as color accuracy that mirrors the real world, Varjo said.

And the headsets have accurate eye-tracking at up to 200Hz, giving users optimized visual fidelity through foveated rendering (which makes a display run faster by blurring your peripheral vision in areas where you aren’t actively looking).

And the new headsets have improved comfort and usability, with a three-point precision fit headband, 40% lighter weight, active cooling, and ultra-wide optical design for removing eye strain and simulator sickness.

“In our customers’ use cases, these headsets are often used for a couple of hours at a time,” Konttori said. 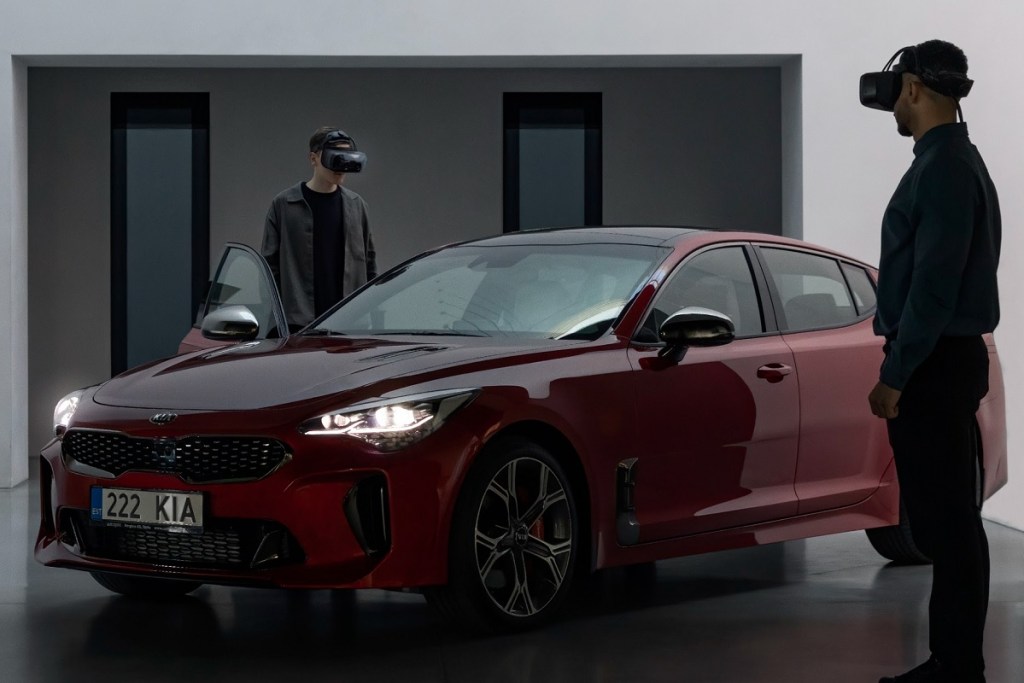 Above: Kia is using Varjo headsets to design cars.

The software is compatible with applications built in Unity, Unreal Engine, OpenXR 1.0 (in early 2021) and hundreds of industrial 3D engines and applications, including Autodesk VRED, Lockheed Martin Prepar3d, VBS BlueIG, and FlightSafety Vital. It uses the SteamVR 2.0 tracking system.

The XR-3 (which also has AR) has depth awareness with lidar sensors and stereo RGB video pass-through so you can see the outside world accurately with the flip of a switch. The headset itself weighs 1.3 pounds, not counting the optional counterweight.

Both the XR-3 and VR-3 headsets are available for order immediately on varjo.com or through the company’s resellers. Shipments start in early 2021.

“Our biggest markets at the moment are in the training, simulation, design, and engineering side,” Mäkinen said. “But we have found a very good market now recently in the medical imaging and research domains as well.”