The company previously announced its XR-1 augmented reality headset and VR-1 virtual reality headset earlier this year. And now it is adding the VR-2 and the VR-2 Pro. At close to $5,000 and $6,000 respectively, these headsets show how big the gap is between enterprise VR technology at the high end and $400-plus mainstream consumer VR headsets.

These two new products are part of Varjo’s “Resolution Revolution,” a product line committed to delivering human eye-resolution (over 60 PPD) and fidelity to the most demanding sectors of the professional market. With the introduction of the VR-2 and VR-2 Pro devices, Varjo said it is raising the bar on VR clarity and lowering the barrier for enterprise usability of VR.

Both the VR-2 and the higher-end VR-2 Pro include support for SteamVR content, as well as the OpenVR development platform from Valve, at ultra-high resolutions (up to 40 PPD/4K rendering per eye) so professional users can quickly and easily access a full range of applications for research, analytics, training and simulation, industrial design, and more.

These software tools are now available to the professional market, delivering better 3D models and simulations. The VR-2 Pro also comes with integrated Ultraleap hand-tracking technology, which enables more intuitive interactions with the highest-fidelity VR content. With Ultraleap, you can feel haptic feedback as you touch objects in virtual reality with your fingers. This is especially useful for simulation professionals who interact with physical controllers and switches as part of their VR training, Varjo said. 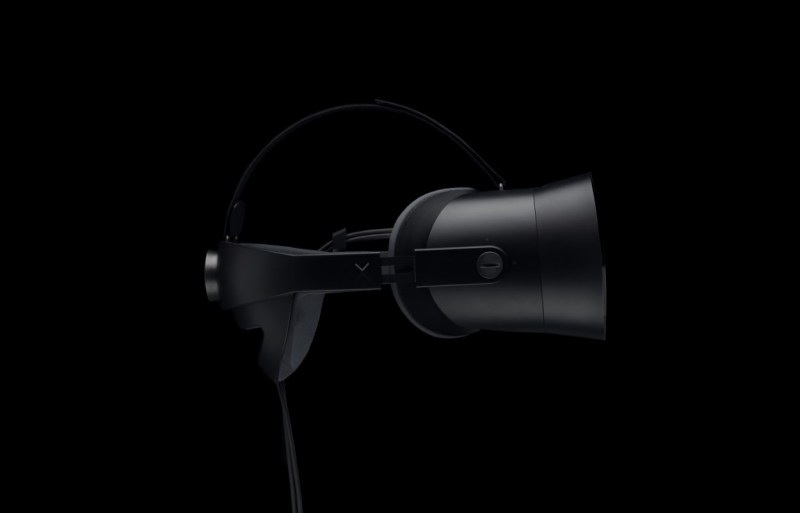 Above: Side view of Varjo VR-2

“We have seen first-hand what the power of human-eye resolution in VR can offer in terms of expanding the realm of applications for the enterprise,” said Urho Konttori, chief product officer of Varjo, in a statement. “Today we bring the Resolution Revolution overnight to nearly all industrial applications, unlocking the next level of professional VR. With VR-2 and VR-2 Pro, professionals can benefit from the industry’s highest visual fidelity and the most precise eye-tracking joining forces with the leading hand tracking technology.”

“One of the main goals of SteamVR is to support a diverse ecosystem of hardware and software. Varjo is taking a unique approach to building high-end industrial VR products, and we are excited that users of Varjo will be able to take advantage of the wide array of SteamVR content for professionals,” said Joe Ludwig, a programmer at Valve, in a statement.

Steve Cliffe, CEO of Ultraleap, said, in a statement, “Being able to see in high fidelity and interact without controllers revolutionizes professional VR. Varjo’s human-eye resolution visual fidelity is unprecedented. So is the accuracy and low latency of Ultraleap’s hand tracking. The Varjo VR-2 Pro is the best integration of the two technologies and sets a new standard for natural user experience in VR. We’re very excited about the value it will unlock for demanding use-cases such as training, simulation and industrial design.”

The VR-2 and the VR-2 Pro are available for sale starting today at $4,995 and $5,995 respectively, sold together with Varjo’s software and support services starting at another $795. Varjo will be demonstrating the new products this week at Augmented World Expo Europe.

“The ultra-high resolution that Varjo brings to Gravity Sketch via SteamVR compatibility is something we are very excited about. We see strong use cases for our customers in the Automotive and Industrial Design industries in applications where absolute visual quality is needed,” said Oluwaseyi Sosanya, CEO of Gravity Sketch, in a statement.