Vayyar has found new uses for its 3D imaging technology, including detecting whether someone in your home has stopped breathing or is suffering from sleep apnea. It’s another interesting application for a technology that can see through walls like Superman’s X-ray vision.

Israel-based Vayyar showed up with the technology at CES 2016, and it launched a tool for homebuilders to detect pipes and studs in walls. And it is coming back with more applications at CES 2018, the big tech trade show in Las Vegas this week.

Vayyar can also detect motion and track multiple people in large areas. It works by shooting a radio wave into a solid object and measuring all of the ways that the wave bounces around as it hits various objects. Vayyar collects the reflections and analyzes them, putting them back together as a 3D image in real time.

Now Vayyar has a new version of its sensor for the connected home. This sensor can peer through the walls of a home or apartment in all light conditions, while maintaining privacy. 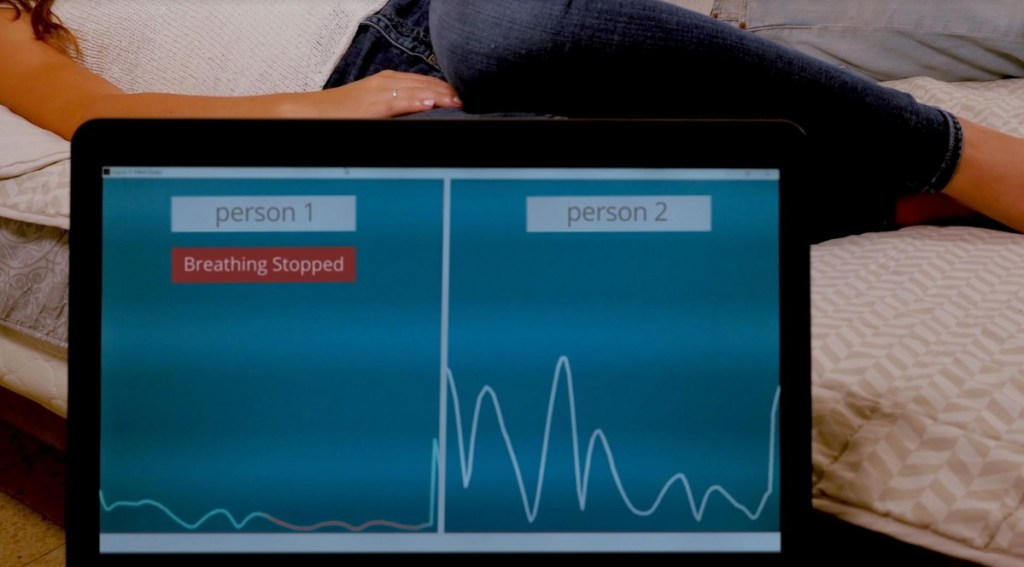 Above: Vayyar can detect if someone in your home stops breathing.

Now you don’t need a wearable to detect your patterns during sleep. Vayyar can detect your breathing with optics or wearables or active participation by the user. You can use it to monitor elderly people, detecting whether someone has fallen or changed their activity levels.

Vayyar has partnered with Japan’s SoftBank to collaborate in the Internet of Things. The sensors can detect things that cameras cannot, such as smoke, poor lighting, fire, flooding, and more. 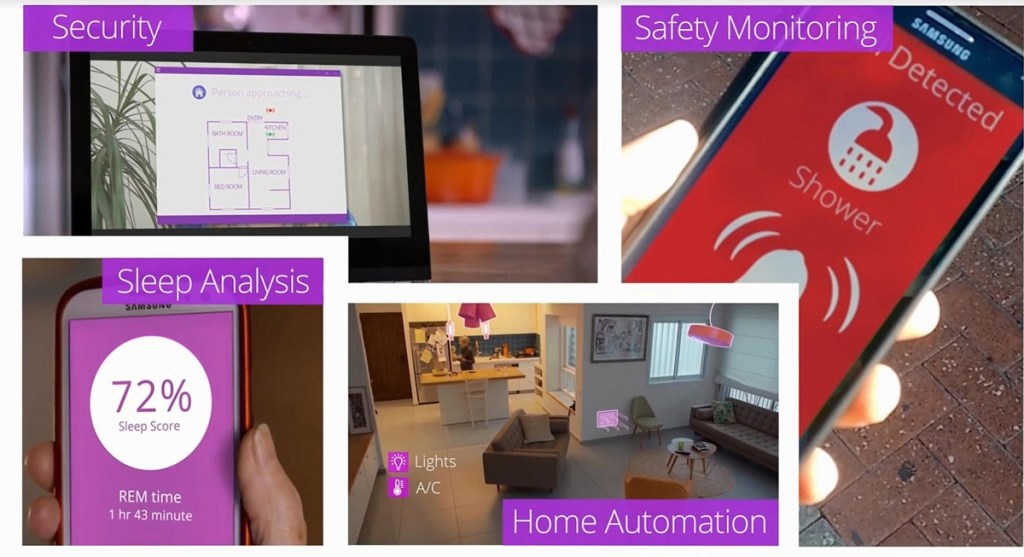 Above: Vayyar can measure a variety of things with smart detection of radio waves.

“The home is a place where people need to feel safe,” Raviv Melamed, CEO and chairman of Vayyar, said in a statement. “In a world where IoT introduces an ever-growing number of sensors into people’s private spaces, we are on a mission to ensure that this is done without compromising a person’s right to safety and privacy.”

Due to the increased needs of the market, Vayyar recently raised $45 million to fund the development of its advanced smart home sensor technology and continue to bring it to consumer markets.