Bing Gordon spent 26 years at Electronic Arts before he became a venture capitalist. He had just about every job at the company, and he closed his time there as chief creative officer. Then he became a general partner and chief product officer at Kleiner Perkins Caufield & Byers. He leads Kleiner’s ProductWorks program and heads its sFund, which focuses on investments in the social web.

That fund has made 16 investments. He serves on the boards of Amazon, Ouya, Zazzle, Mevio, N3twork, Zynga, and Ouya. Gordon has a zany personality, and he’ll be speaking about hacking monetization at the upcoming Game Marketing Summit in San Francisco on April 22. Gordon has talked about the “golden age of gaming” and received the highest honors from his peers in the game business.

I interviewed him recently in a wandering conversation. That’s the best kind of talk to have with Gordon, as he has an interesting opinion or off-the-wall comment on just about everything. Here’s our edited transcript of our conversation. 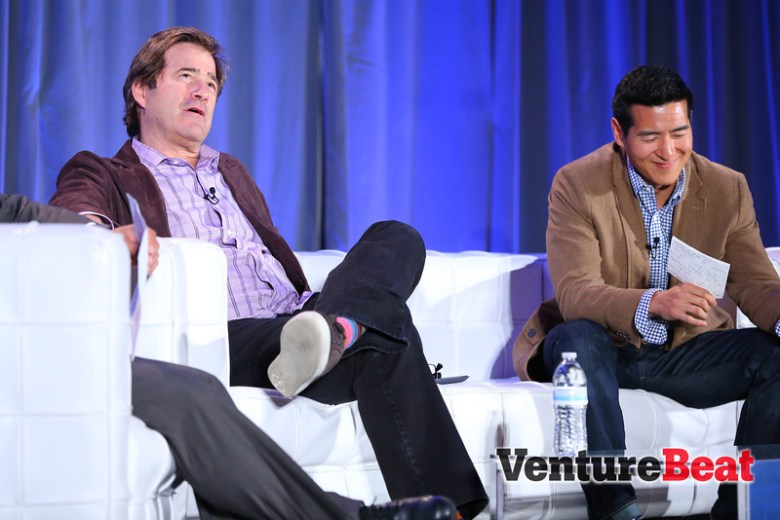 Above: VCs Bing Gordon and Tim Chang at GamesBeat 2013.

GamesBeat: You’re talking at the Game Marketing Summit. I figure you have an interesting take on how to do game marketing right. Do you have a thesis you’ll be talking about?

Bing Gordon: I got asked to talk about hacking monetization, hacking pricing, how freemium works, the per-session economy and how to think about it.

GamesBeat: Why would you use the word “hacking?”

Gordon: In Silicon Valley, people talk a lot about growth hacking, which I think is obnoxious, but it’s become a meme. Growth hacking is really a fancy term for engineered spam. It’s a consumer anti-benefit, but it’s necessary to building critical mass. I like the idea of retention hacking because you’re basically trying to figure out how to keep people who like what you’re doing around longer.

GamesBeat: “Hey, Bing, we haven’t seen you in a few days, but here’s a new gold nugget to buy something in our game.” Is that what you’re talking about?

Gordon: The growth hacking is, “Hey, you should show up now and here’s why.” You reach them in a different channel. For monetization, I use the word “hacking” just because other people use it. It’s a new economy of games. I started talking about it in 2004. People in the packaged-goods business didn’t believe that games were going to get monetized differently, but then in 1981 and 1982 the way packaged goods got monetized was invented. I’m putting that in perspective on one slide, and then offering some tricks and benchmarks.

GamesBeat: When you think of modern marketing for 2015 that’s different from, say, 2012, what comes to mind?

Gordon: Instagram. It’s basically channels. 2010, Facebook was the channel. 2012, I’m not sure there was a channel. We were transitioning from web to mobile. In 2015 Instagram is a channel. Email is always a channel. How do you build awareness in the first place, and then how do you connect people socially without the Facebook notification channel? Above: Mark Zuckerberg addresses the crowd at F8 in San Francisco, March 25, 2015.

Gordon: Yeah, but there are very few games that connect people regularly. Game of War does it. Words with Friends does it. Clash of Clans does it somewhat. It’s hard to find other people in a mobile game.

GamesBeat: I guess the notion of clans seems to be great for retention, keeping people coming back and feeling like they have to be there every day.

GamesBeat: Are we wandering now, or is this actually part of your talk in some way?

Gordon: When I put together a talk, I wander, and then I end up putting each thought in a single slide. But no, the social structures are critical for retention. Retention is critical for lifetime value.

Gordon: Those do not work for all games. Those work for games that are already hits. I guess in 2012 the theory was, you promoted a game by getting Apple to feature it and then getting to be top 10 in the App Store. That doesn’t work so well anymore. 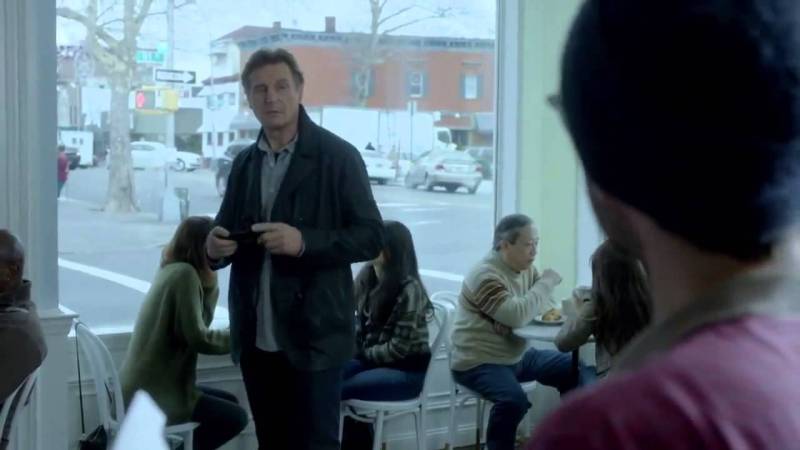 Above: Liam Neeson in the Clash of Clans ad.

GamesBeat: The interesting place we now find ourselves, we had three mobile games advertised during the Super Bowl.

Gordon: The reason they do that is because their predicted lifetime value in a new customer is higher than their expected cost per customer acquired of TV during the Super Bowl. I don’t have their exact numbers. I have guesses about how it works and why. What we found with The Sims when we put it on TV is that half of the economic benefit of TV advertising was getting existing customers to spend more.

GamesBeat: The funny thing about the Supercell ad, this guy Jimmy Lee from Supercell was talking about it at F8. He said, “We sort of thought up the idea in a hot tub. We were thinking of something we could do for our fans. ‘Hey, how about a Super Bowl ad?’ came up.” It didn’t sound very analytical to me. It sounded like they just thought of something fun and did it.

Gordon: It’s nice and honest of him to admit that. If someone was an MBA, after the fact they’d try to prove how smart they are.