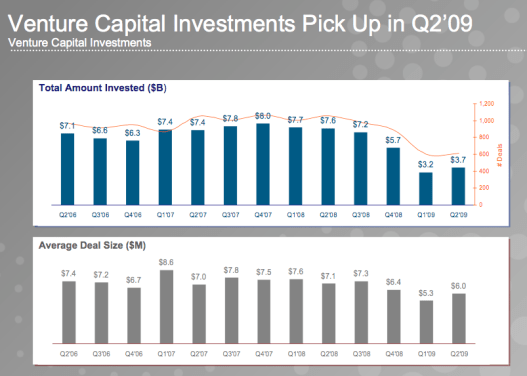 Venture capital investment activity rebounded to $3.7 billion in the second quarter, but the gains are only enough to put the sector on track to match annual levels from more than 12 years ago.

While the change in direction is reassuring, it may be a dead-cat bounce after the first-quarter’s precipitous 40 percent drop in venture capital activity. We argued then that the goldrush era of technology prospecting may be over, as Silicon Valley has to hunker down and build businesses with more modest returns. Compared to one year ago, investment has plummeted 51 percent, according to the Moneytree report from PricewaterhouseCoopers LLP and the National Venture Capital Association.

Indeed, investment in Internet-specific companies fell 15 percent, and software company funding was virtually unchanged from the first quarter at $644 million.

The one promising note of the report was that early stage investments have shot up 67 percent. The average seed deal size was $9.5 million, more than double the $3.7 million level in the first quarter. 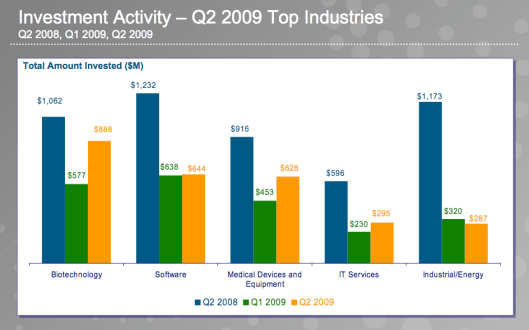