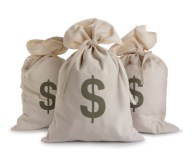 Kicked into overdrive by the federal stimulus package, the Department of Energy is handing out more money than ever before. Doled out in grants, prizes and low interest loans, the money is jumpstarting the American cleantech sector one industry at a time. And now Obama has selected a new leader for the loan program, Jonathan Silver, most recently managing general partner at Core Capital Partners.

The administration’s choice of a venture capitalist emphasizes its need to pick winning companies, as well as its approach to funding cleantech projects as long-term investments. With experience picking and infusing alternative energy companies, Silver seems an apt fit for the job. He has also worked with manufacturing and telecommunications startups, two areas that are extremely relevant to cleantech’s success.

Most recently, the Department of Energy handed out $3.4 billion in stimulus funds to utilities transitioning to the cleaner, more efficient electrical grid. But that was a grant program. The loans everyone is paying attention to are those going to green automotive companies.

Earlier this year, both Tesla Motors and Fisker Automotive — the two most visible companies making electric and plug-in hybrid-electric vehicles — won $465 million and $535 million, respectively, in low interest loans from the DOE. The old guard car makers also got a piece of the pie, with Ford, Nissan and eventually General Motors receiving amounts into the billions.

It makes sense that the DOE would choose to lavish its new loan programs on car companies. It’s a high profile area of cleantech, attracting the most media attention and consumer interest. Also, when many of the established car companies took bailout funds, they agreed to mandates that they would develop and churn out more fuel efficient and lower emissions models. Ever since, the government and public alike have been looking for them to make good on their promises. (Chrysler has already thrown in the towel on its green car initiatives, will others follow suit?)

Silver will have to fight two fires immediately upon assuming office. First, as the Wall Street Journal points out, many other industries under the banner of cleantech have been waiting for loans for too long. The DOE has already received complaints from trade organizations representing solar and hydropower that construction projects have stalled while waiting for government loan decisions.

On top of that, the DOE has taken some heat from the media for funding Tesla and Fisker. Both companies have focused their efforts on producing cars for the luxury market. Many are questioning whether the government’s millions should be spent on products that few can afford, especially during a recession. Silver might face similar arguments if he approves loans for rooftop solar panel companies or makers of home energy management systems — products that only a minority of the population will be willing or able to pay for.

Incidentally, Silver launched his career at consulting firm McKinsey, which also produced DOE senior adviser Matt Rogers. At another point in his career, Silver served as an adviser to the secretaries of Commerce, Interior and Treasury under president Bill Clinton.