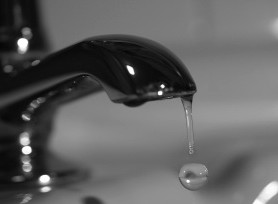 A survey of the venture capital industry released Wednesday shows that the valuation of startup companies funded by VC firms improved in the second quarter over the first, but the amount of money raised by VC firms to fund those companies declined in the same period.

The Fenwick & West Venture Capital Barometer, published by the Silicon Valley law firm, showed that the average increase in the valuation of start-ups receiving funding was 30 percent, up from 21 percent in the first quarter. Also, 55 percent of new financing deals in the second quarter were up rounds, where the valuation of the funded company increased, while only 27 percent were down rounds; in 18 percent of deals, the valuation was unchanged. This compares to 49 percent up rounds, 32 percent down rounds and 19 percent unchanged in the first quarter.

Despite the improved performance, this report is not evidence that the economy is recovering from the recession, said Barry Kramer, a Fenwick & West partner and co-author of the survey with partner Michael Patrick.

While VC firms have found companies to invest in and those investments are yielding improved results, fundraising by VC firms declined in the same period. Kramer pointed to data from Thomson Reuters and the National Venture Capital Association (NVCA), which showed that 38 VC firms raised $1.9 billion in the second quarter, nearly half the $3.7 billion raised in the first quarter, also by 38 firms.

“The VCs are saying there are good companies out there, they deserve to be funded, but if we don’t start seeing the rest of the world agreeing … there’s no way that we’re not going to see less investment by venture capitalists and at reduced valuations,” said Kramer.

With $6.5 billion invested by VC firms in start-ups in the quarter but only $1.9 billion raised for new investments, “the math doesn’t work,” he said.

Kramer attributed the decline in fundraising to the continuing recession and a continuing sense of “aversion to risk” in the economy, which is also evidenced by the number of IPOs in the quarter. While the number of venture-backed companies that went public in the quarter rose to 17, from nine in the first quarter, that’s still low compared to the boom years around the turn of the century. “We’re still not out of the woods,” Kramer said. Nine of the 17 second-quarter IPOs were of technology companies.

The biggest and most high-profile IPO of the quarter was of electric-car maker Tesla Motors, which raised $226 million in late June.

Cleantech companies such as Tesla posted the best valuation improvements in the Fenwick & West survey, along with software and Internet/digital media businesses. Valuations were weaker in the life sciences and hardware sectors. But Kramer cautioned against drawing too many conclusions about the cleantech sector, as the results were based on only seven funding deals in the second quarter. He said hardware valuations are weak because that business is dominated by larger firms — he mentioned Apple, Nintendo and Sony as examples. And life sciences valuations are constrained by slow regulatory approval by the U.S. Food and Drug Administration and uncertainty about the future impact of the health care reform act signed by President Barack Obama in March.

However, investments in life sciences firms, along with cleantech, were responsible for much of the increase in VC investments from $4.9 billion in the first quarter to $6.5 billion in the second, according to the MoneyTree Report, which is co-produced by Price Waterhouse Coopers, SVCA and Thomson Reuters.

Another path to a liquidation event for a VC firm, acquisition of the funded company, declined in the second quarter to 79 venture-backed companies in the U.S. acquired for a total $4.3 billion, versus 103 acquisitions for a total $6 billion in the first quarter.

As a result, there was only a “mild improvement” in liquidity for the second quarter, the survey noted, which Kramer said further squeezes VC firms that see more money going out than coming in.