The year 2016 was an interesting one for startups. Between high valuations and the glory of reaching unicorn status, entrepreneurs have been frenetically chasing private investors — who were more than willing to deliver the cash — and thereby delayed their entry onto the public market. Yet there was significantly less VC funding than in 2015.

London-based auditing firm Ernst & Young (EY) reports that, as of Q3, U.S. companies raised $41.3 billion in 2,802 venture capital deals this year. In the San Francisco Bay Area alone, there were 916 deals, representing $16.9 billion. “Compared to last year’s Q3, VC funding is down,” Jeffrey Grabow, EY’s U.S. venture capital leader, told VentureBeat in an email. “There are several reasons for this decline. Chief among them is the need for the market to absorb the capital that has been deployed. Momentum capital rushed into the later stage of the venture pipeline and was invested in pretty much all available opportunities. It’s time to see how those bets play out.”

So what does 2017 have in store for startups? Grabow predicts that, overall, venture funding will continue to decrease. Data from Silicon Valley Bank (SVB) confirms this, showing that VC fundraising should hit approximately $25 billion, which is nearly 38 percent lower than in 2016. Other predictions from SVB include:

VentureBeat also spoke to several VC firms to gather their predictions for 2017. 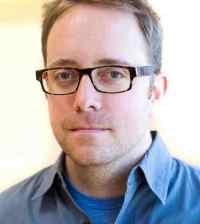 M.G. Siegler: Artificial intelligence and machine learning are the obvious trends to continue gaining speed into next year. One offshoot of those I’m particularly interested in: I think both vocal and audible computing will continue to get a lot more exciting in 2017. Obviously, products like the Amazon Echo and, more recently, Google Home, have planted the seeds for this. Heading into next year, I suspect products like Apple’s AirPods will expand the trend in different ways.

Siegler: From my own perspective, consumer-facing technology has been a bit light from an investment standpoint in the past couple of years. The reason why is obvious; we’re all sort of waiting to see if/when the next big, new platform emerges. Given that such things tend to be cyclical in nature, 2017 could be primed for this.

VB: What percentage of your funds did you invest in Silicon Valley-based startups in 2016? Will this percentage increase or decrease next year?

Siegler: While Silicon Valley remains a core focus, I believe we’ve built a nice portfolio outside of the area. In the U.S., we’re quite active in the other more traditional tech sectors, like New York and Boston, but we also have a strong portfolio in places like Atlanta — with portfolio companies including FullStory, Ionic Security, Luma, and Pindrop Security. And who can forget Ann Arbor, Michigan, a place near and dear to my heart — Go Blue — where Duo is based. And, of course, we have a number of portfolio companies based around Europe, as well.

This diversification of locale seems to be increasing over time for us and feels natural. I do think one interesting subplot of 2017 may be how many startups begin to be based in Oakland, versus San Francisco. 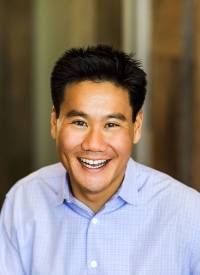 VentureBeat: What will be the hot tech trendsii8
in 2017?

Jerry Chen: AI is everywhere, and thus seems to be nowhere. AI-powered enterprise apps will be the brain behind the scenes enabling a new generation of horizontal apps, like CRM and IT help desk, and vertical apps, like health care, construction, and fintech. Security and data sovereignty (countries securing data of their companies and governments on foreign soil) will become national priorities, in addition to corporate priorities.

Chen: Emerging tech will be a focus for us — autonomous vehicles will unlock billions of dollars in new opportunities. I think we’re going to see improvements in autonomous vehicle technologies, including computer vision, sensor and mapping technologies, and AV driving systems. Personally, I also think major verticals like health care and industrials will be fertile ground for new startups.

Chen: Though we can’t predict what future valuations and IPOs will look like, I can say with confidence that we will be seeing a higher number of IPOs in 2017 compared to 2016.

Chen: I don’t think we will see a burst, but interest rate hikes combined with investors who start to weigh risk better will lead to a new normal. We experienced a significant market correction earlier this year, and the market will no longer tolerate growth at all costs and companies with high burn rates. But the market will reward companies who build competitive moats, using cash strategically, and execute an effective go-to-market business model. 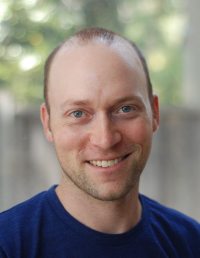 Alex Rampell: Financial services represents nearly 10 percent of U.S. GDP and trillions of dollars in market capitalization. As paper currency becomes less relevant, and more transactions move online, whole swaths of physical location-centric industries — banking, insurance, investment management — will be disrupted by lighter-weight, easier to use online counterparts. But the move will be swifter. Amazon can’t conquer all categories, because in-store shopping addresses immediacy and the ability to try merchandise — and sometimes, shopping and browsing are just fun. Money is the ultimate commodity, and going to banks is a nuisance, so one can imagine online finance conquering 100 percent of the market. 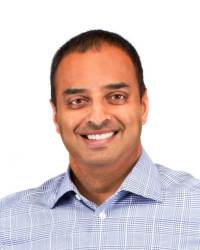 Ravi Viswanathan: AI will become the “big data” from five years ago — the initial massive hype will settle into real use cases that solve real problems, versus just buzzwords flying around. We will continue to see a broad range of applications for AI-based technologies, both in the application layer and the infrastructure layer.

Within the application layer, we will see horizontal markets continue to be funded and scale, including security, data analytics, and marketing. Vertical markets such as financial services, health care, and retail will also see more companies building software using AI. Regarding the infrastructure layer, emerging areas such as machine intelligence and deep learning will continue to thrive in terms of investment dollars.

Viswanathan: A positive trend that began in 2016 will continue in 2017, that of quality tech companies going public and not looking at their last private round valuations. The deals will continue to likely get priced very conservatively and see a pop in the markets. This trend will continue, which should bode well for the tech IPO markets.

M&A may still not see a big pop in the tech world in 2017, as buyers will likely continue to be choosy and wait for the “unicorn” phenomena to get repriced to more rational levels. Having said this, the elite companies will still trade at premium multiples.