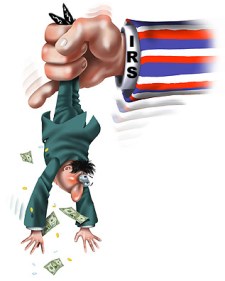 Earlier this week, president Obama announced his intention to raise taxes on carried interest for hedge funds and private equity firms as part of his bold new budget plan. Not surprisingly, members of the venture capital community have been quick to speak out against the change, arguing that it will discourage investors from taking risks on potentially important startups, and ultimately weaken the economy.

Obama’s proposal would hike the tax on carried interest (the percentage earned on investment profits used to pay general partners at firms) — from the current 15 percent capital gains rate to 39 percent, more than the regular income tax rate, starting in 2011. Mark Heesen, president of the National Venture Capital Association, estimates that about 500 venture capitalists received carried interest checks in the last year. This might not seem like a lot, but further substracting from this number could dissuade bright young business minds from choosing private equity as a career, he says.

Beyond brain drain, he suggests the shift in policy could fundamentally change the types of companies investors choose to back. “When you look at venture capital, we are investing for the very long term in technologies that may or may not play out — ironically, the very technology that the administration is saying we need more of than ever, lifescience and cleantech,” Heesen says. “But as a VC, if you are going to get ordinary income tax on your carry, there is much less incentive to wait around for seven, eight, nine years.” The capital gains rate essentially gave firms a buffer to weather failures while waiting for something like Google or Genentech to hit the big-time.

This has been the general consensus among investors, who say the industry will probably place its bets on safer, less innovative concepts if the Obama plan is implemented — and the results will run counter to the administration’s other major goals, namely energy efficiency and cost-effective health care. Many are also concerned that VCs will be less inclined to invest as much time working alongside portfolio companies to help refine their business models and foster growth. As Heesen puts it, “We are involved in long-term job creation, and if that’s not worthy of capital gains taxes, I don’t know what is.”

In the administration’s view, taxing carried interest at a higher level could bring in up to $2.7 billion in 2011 and $4.3 billion in 2012. And those supporting the measure believe the current policy allows some wealthy firms to dodge paying their fare share, reports the Washington Post.

When asked what he would advise Obama to do — considering the loss of public faith in Wall Street and the country’s dire financial situation — Heesen said the administration should motivate investors to hold onto portfolio companies for longer periods of time. “There are ways to raise revenues in this area,” he says. “If you increased a long-term capital gains period so that VCs would hold onto assets for two to three years, that would set policy in the right direction.”