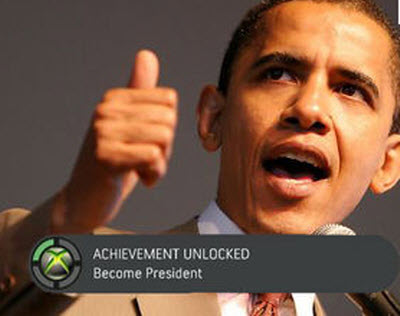 There are a few different ways to measure the power of a meme in the tech industry. You can run powerful sentiment analysis on blog posts and message boards, scour trending topics on Twitter, or just follow the money. While it’s no absolute indicator, the appearance of well-respected venture capitalists and angels in a sector is usually regarded as a serious market signal.

And “gamification,” or the use of game mechanics to boost interest in non-game applications, is no exception. The notion of engaging consumers using game thinking and game mechanics has transformed both startup pitches and later-stage company strategies. Investors have taken notice and are ramping up their funding in what they perceive as a major, multi-billion-dollar market opportunity.

In the last twelve months alone, over $10 million in seed capital has flowed into a series of disruptive, gamification-centric startups, over $25 million additional capital has gone to businesses betting big on gamification as a core customer strategy, and at least one $100 million fund dedicated in part to gamification has been launched. (Last year, more than $600 million was invested in game companies).

We interviewed key investors and companies they’ve funded to figure out what assumptions are driving their investments. They identified three distinct (but overlapping) theses about gamification’s future: It will transform people, it will transform industries and it will transform everything.

One of the believers in the transformative people power of gamification is Brad Feld, famous blogger and Foundry Group partner. As an early investor in Zynga, he saw the power of games first-hand saying in an interview that “How we interact with computers today is crazy.” Feld has a strong interest in new human-computer interactions, and his portfolio includes gamified startups like Fitbit and Oblong, as well as a lead in the $5 million-plus investment in Seattle-based gamification platform BigDoor Media.

When it comes to transforming industries, Glenn Entis knows a thing or two. He’s one of the co-founders of PDI, and a former CEO and CTO of Dreamworks and Electronic Arts. So when he and his business partner launched VanEdge Capital this spring with a $100 million fund dedicated in part to gamification, the market took notice. In explaining his thesis, Entis said that “gamification is about applying the insights and tools of game design to raise engagement,” continuing that they see “opportunities for disruptively gamified businesses everywhere – personal health care, financial management, retail, education, and more.”

Entis is on to something. Finance, education and health care are each trillion-dollar markets with 20+ years of history experimenting with games and game thinking. Whether it was the runaway success of Mint.com, the blockbuster effect of the Obama administration’s “Reach for the Top” program in education or the consumer behavior changes wrought by the Wii and Brain Age, many experts believe these markets are ripe for gamification investment. The common thread: Finance, education and health affect everyone, are cash rich, have few payers and small behavior changes can yield outsized financial benefits.

For years, major investors like Granite Ventures and Adobe have been putting money into gamification through investments in companies like BunchBall – a service and platform provider. More recently, a number of VCs have made a name for themselves in the space, including outspoken veterans Tim Chang and Josh Goldman of Norwest Venture Partners. In candid discussions, they revealed a belief that major verticals, including healthcare and retail would be transformed most, adding that in order to gain their attention, startups must design gamification “from the ground-up, based on a deep understanding of mechanics and engagement loops.” Chang’s passion for so-called smart gamification has led him to volunteer his expertise, shaping the discussion online and at events like the upcoming Gamification Summit (of which I am conference chair).

Leading the vanguard for companies that believe in gamification everywhere is recent TechCrunch Disrupt audience award winner Badgeville. The six-month-old startup’s CEO, Kris Duggan recently revealed a stellar lineup of investors behind their $3 million initial raise. The company’s early partners include Comcast and TechCrunch, and Kris says “The message is clear: [good] loyalty rewards are sorely missing on the web and mobile, and we’ve met with thousands of companies around the world looking to engage their users, customers, employees, and partners.”

Like Badgeville, Utah-based startup iActionable has raised a seed round from notable angels to transform the world into a more fun place. CEO Ryan Elkins says what makes the market a huge opportunity is that it’s about “instant feedback to consumers that is encouraging, motivating and meaningful, while giving companies data that drives better understanding.” Like Badgeville’s Duggan, Elkins’ success doesn’t hinge on a specific vertical (like healthcare) becoming an early adopter, but rather on the long tail of web and mobile content becoming gamified.

Some investors are notably skeptical of the long-tail philosophy and gamification in general. Others, such as Dave McClure, have skewered gamification in at least one expletive-laden tirade (though he’s invested in gamified companies). And even major proponents like Tim Chang have their concerns, saying, “Every entrepreneur has added game mechanics to their business model slide hoping to jump on the buzz bandwagon.” Notably, Chang and other well-known game-y VCs, such as Bing Gordon, have thus far eschewed investing in gamification platforms.

But in perhaps the most telling anecdote, during coffee on a recent Thursday, Charlie O’Donnell of First Round Capital noted “Now, when a consumer internet startup comes to pitch without game mechanics in their plan, I always ask ‘Why Not?’”

If the standard Silicon Valley hype cycle holds true for gamification, there will be some winners and some losers. A multi-billion dollar company or two (three?) will clearly emerge to dominate their sector, while the concept permeates into society. Much like Facebook/social media or Google/search before it, we come to view the underlying concept as a core part of marketing, product design and strategy long after the “startups” are no longer so small.

Perhaps the best (and last) word on gamification as an investment thesis goes to Brad Feld: “Life is one big game that machines are making us play.  Therefore, I want to make sure I invest in the technology enabling the machines. I want that edge.”

Sounds sharp to me. 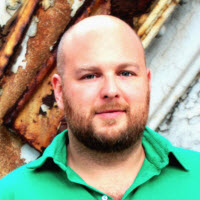 Gabe Zichermann is the author of the book, Game-Based Marketing (Wiley, 2010), the upcoming “Gamification by Design” (O’Reilly, 2011) and blogger at Gamification.Co. He’s also chair of the Gamification Summit coming up in January. He wrote this piece for VentureBeat. [photo source: gamification.org]