Waves of virtual reality and augmented reality startups have their funding. Venture capitalists invested $1.7 billion in the AR/VR sector in the 12 months ended March 2016, and $1.2 billion of that was invested in the first quarter of this year alone, according to Digi-Capital.

Is that crazy, given the low revenue figures expected for VR companies in 2016? Or is it appropriate, given that AR/VR could be a combined $120 billion business by 2020? Then there’s the VR market in China to consider, where investment levels are even more frothy.

We had a panel of experts take the temperature on VR at our GamesBeat 2016 event last week in Los Angeles. Sunny Dhillon, partner at Signia Venture Partners and a veteran game/VR investor, moderated the session. Joining the panel were Phil Sanderson, general partner at IDG Ventures; Alice Lloyd George, associate at RRE Ventures; and Marco DeMiroz, general partner and cofounder at The Venture Reality Fund.

Here’s an edited transcript of the conversation. You can also view the video of the panel embedded below. 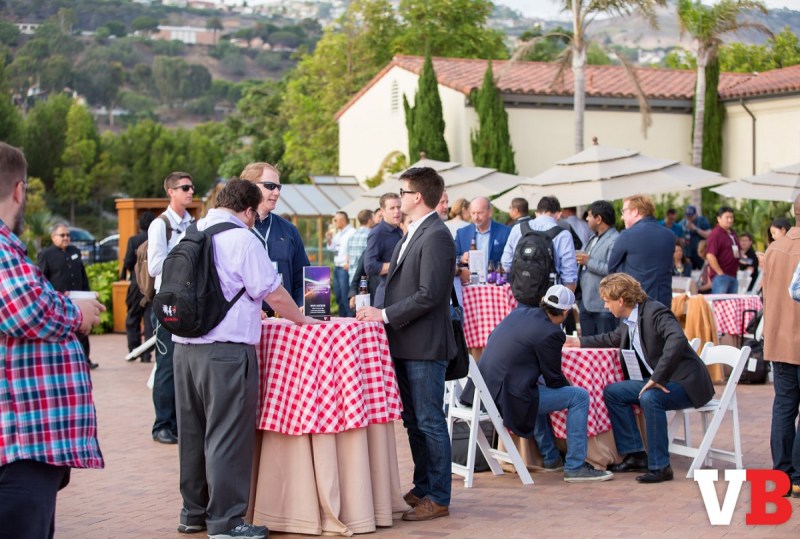 Above: Dealmaking conversations at GamesBeat 2016.

Sunny Dhillon: How are you thinking about VR within games, first and foremost?

Of the companies I’m in, we’re not looking at it as a core revenue driver, but as something that adds value, similar to a software company having a European strategy or having patents. It adds value to the company in the long term. We’re not sure where the revenue is going to happen. My companies are not depending on that. These are not pure AR/VR companies. They’re just game developers and publishers.

Dhillon: Telltale has some triple-A licenses like Walking Dead, Game of Thrones, and Batman. When you’re seeing that IP come into VR, is it being seen more as a promotional transmedia strategy? Or have you seen any triple-A brands and IP come in with the hopes of seeing monetization in VR directly, say on a five-year horizon?

Sanderson: They talked about that on the panel before this, about how major Hollywood IP holders are focusing on AR and VR. I think they just don’t want to be caught off-guard. They want to be in a position to take advantage. I don’t see them getting in heavily yet.

When companies are starting to look at VR within gaming, it’s a combination of a PC experience with VR, or mobile with AR. It’s combining the two, as opposed to a pure play. I’ve been surprised by how quickly Hollywood IP is focusing on the category, but I don’t see them giving out full licenses, full carte blanche to do what they want with the IP unless it’s one of the big VR companies.

Marco DeMiroz: There’s another angle to that as well. One of our portfolio companies, Rogue Initiative, they announced a partnership with Michael Bay. There’s a lot of interest in Hollywood, as he said, to have a part of this medium. The dynamics right now — the installed base is still growing. Monetization expectations should be contained. The idea is to learn about the medium and then monetize as the installed base evolves.

DeMiroz: First of all, I’m a huge optimist. I believe in the sector. My expectations for adoption and growth are probably more aggressive. We’re big believers in mobile VR. At the high end you have these console-like dynamics. Our portfolio construction had to do with the market timing and where the market was and where the trends were.

Three out of 10 companies are in gaming. Our expectations were that they could initially monetize at the high end. If you look at the app store, you see bundled product pricing from $2.50 down to $1.99. That’s a big spectrum for the first 200 games. Overall, the volume isn’t there. But our expectation is that on mobile VR — sometimes you’re a reflection of who you’ve been.

We’ve been coming from mobile gaming. If you look at mobile gaming as a meta-market trend, we had 100 million users in the U.S. in the summer of 2011. The economic model shifted from premium to freemium. In the second half of 2011 and forward the freemium economy was driving mobile gaming. Now it’s a $40 billion a year market. We expect similar uptake for mobile VR. Those numbers will probably happen in a 2018 time frame.

China is moving very aggressively. Stores are selling phone cases with built-in VR viewers from $5 to $8 apiece. There’s significant innovation happening in manufacturing coming from China for mobile VR. Our expectations for mobile VR will probably come to fruition in the second half of next year. In the meantime, we can make money in small amounts at the high end.

For other segments, if you look at our portfolio as a small sample of the sector, three companies in gaming, five in enterprise types of platform play, and two are core IP that you can monetize. Enterprise right now is monetizing very well. Our portfolio company, Spaces, announced a $30 million deal with Songcheng in China. That’s all theme-park stuff. Another company, Eonite, has a computer vision technology they’re monetizing. There are core technologies and platforms you can monetize. But on the consumer side, we’re at the mercy of installed base growth. 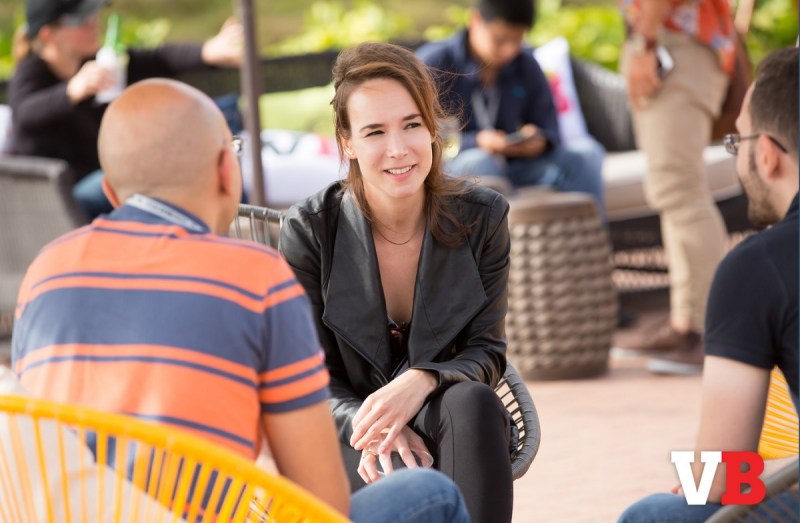 Above: Alice Lloyd George of RRE Ventures at GamesBeat 2016.

Dhillon: Alice, you and I are co-investors in a company called 8i, which is an amazing platform for volumetric content capture, rendering, processing. It’s a content creation tool based in L.A. and New Zealand. What are some of your thoughts around content creation tools right now as a safe bet for venture dollars?

Alice Lloyd George: There’s a lot of pieces in this, but following on what Marco was saying, I’m of the belief that mobile is not going to be as big in the near term as people think. The high end experiences are going to do better. That’s the nature of people reacting to novelty, when they try mobile VR for the first time, but it’s really the 10X you get from immersion that’s the sticky experience.

In the longer term I believe mobile will get there. You can do some back-of-the-envelope math with 60 million Samsung phones compatible with the Gear. Each year you do a five percent attach rate and you can get an estimate. We have the numbers from Cardboard. Five million units in the wild a couple of months ago, 25 million downloads from the Play store. We have loose numbers there. Not as many on the tethered high-end side, but we’ll get those numbers toward the end of the year.

Going back to your question on the content creation, everyone’s focused on these HMD units numbers, but really it’s about that virtuous cycle of content creation that will drive adoption. The more we can focus on content creation — are there any metrics there for how many developers are building? There’s a Greenlight report based on a recent survey. Fifty percent of developers have only started building VR in the last year. It’s picking up fast.

To your point, there is this roadblock with content creation tools. Right now you have to be well-versed in Unity and Unreal. We’re seeing a trend in more lightweight engines for creation coming along that may target a new kind of content creator, but it’s still very early, which is why companies like 8i are interesting. When we can get to the point of user-generated content — this is something 8i hopes to go for in the long run, how to capture people in a volumetric way, so it’s not flat 360 stereo stuff where you get fishbowl thing, but the immersive volumetric content. That’s when you’ll get the real pickup.