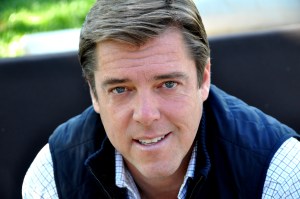 Acquisitions are critical to Santa Monica-based TrueCar, which publishes real-time transaction data for new and used vehicle sales in the U.S. market. That data comes from dealer management systems and well-known sales aggregators. TrueCar data is designed to help customers recognize and act upon fair car prices. Staying on top of the data industry means joining forces with, or acquiring, competitors.

CarPerks provides car purchasing and leasing programs for more than 1,000 companies in the United States. CarPerks won’t be the only acquisition in TrueCar’s future.

“I’m not going to name any names,” says Scott Painter, TrueCar CEO, in an interview with VentureBeat. “But I will tell you we’re looking at data companies and top of funnel companies that will enable us to acquire more customers.”

Painter, pictured above, hasn’t been waiting for today’s funding to start expanding TrueCar. He announced last month that TrueCar had acquired Automotive Lease Guide (ALG), a provider of residual values to automakers. 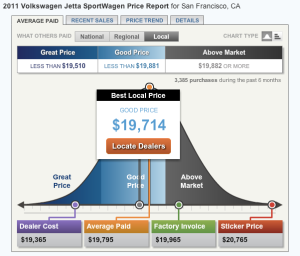 Since its founding in 2005, TrueCar claims it has facilitated 350,000 car sales and saved customers $1 billion. The average TrueCar customer saves $4,154 off the MSRP, according to the company. The company helped sell 20,000 cars last month. TrueCar has been profitable since 2009, with 131 percent annual growth since 2006.

Painter, who was formerly CEO of CarsDirect.com, which he founded in 1998, says TrueCar is currently arranging for existing investors to exchange preferred shares for common stock and new investors to buy common shares. TrueCar has no immediate plans for an initial public offering of shares.

“It takes a ton of pressure off the company,” says Painter. “We’re not heading down that road at all.”

Participating in the $200 million round of debt and equity funding is DealerTrak Holdings, a software and data services provider for car dealerships. DealerTrak sold ALG to TrueCar. It also took a 15 percent stake in privately held TrueCar as part of the agreement. Also participating in the round are USAA Capital, Capricorn Investment Group ad GRP Partners. Debt capital is being provided by Silicon Valley Bank.