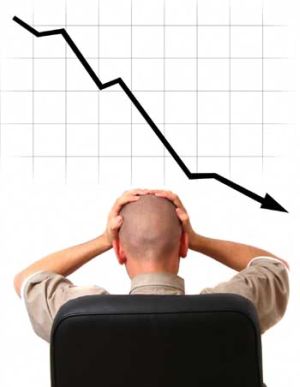 Venture capital investment in Silicon Valley continues to decrease overall even as angel investors rush into high-value investments in tech stars like Twitter and Facebook, according to a study released today of capital raised in the third quarter.

The Fenwick & West Venture Capital Barometer analyzed the valuations and terms of venture financings for 107 Silicon Valley-based technology and life science companies that reported raising capital during the third quarter.

It found that while liquidity, usually in the form of mergers and acquisitions and initial public offerings, has been improving, the overall amount of venture investing is continuing its recent decline as potential investors wait for a more sustainable VC model to appear.

“The likely reason for this is that the venture model is currently out of equilibrium,” said Barry Kramer, a partner of Fenwick & West and co-author of the survey.

“Even though venture funds have reduced their investments in companies, they are still investing more than is being invested in venture funds,” he added. “In other words, over the past couple years, venture funds have had a significantly greater outflow of funds than they have had inflow of new capital. This is not sustainable.”

Kramer said that the valuations at which venture capitalists invest continues to be “relatively reasonable and stable,” but that it is likely valuations will start to decline if the amount of venture investment continues to decrease.

Last quarter was the fifth consecutive quarter in which up rounds exceeded down rounds.

The survey also found that the usual “hotspots” continue to be popular, with the best-performing industries in the quarter (from a valuation perspective) being internet/digital media and, to a lesser extent, life sciences. But even the amount of funding being poured into those areas continues a downward slide, the data showed.

But, said Kramer, “There is hope, that with liquidity increasing, investments in venture funds will become more appealing, and venture capitalists will be able to raise more money, making more money available for entrepreneurial opportunities.”