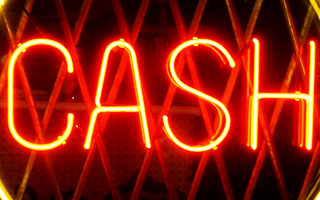 As overall VC numbers leveled off in the second quarter, web apps and software continued to be sweet spots for investment through the first half of 2011.

According to data from Dow Jones, even as other sectors slumped, software, including downloadable and boxed applications as well as web-based apps, showed strong signs of recovery from the late-2008/2009 investment nosedive. And the consumer information services sector, which includes all consumer-facing websites, apps and services, had a strong quarter, as well.

In combination, software and consumer web companies raised $2.66 billion in a total of 281 deals.

And a Dow Jones rep confirmed to VentureBeat that mammoth rounds such as a $565 million round for local deals service LivingSocial and a $138 million round for luxury-brand deals site Gilt Groupe aren’t necessarily driving up the median for the whole sector.

In a statement, Dow Jones VentureWire editor Scott Austin said of the consumer services category (which is 70% web apps), “The median round size for [these] deals is creeping up, which means it’s no longer just a few abnormally large funding rounds driving up investment levels. The wealth is being spread to companies across the industry.”

Over the past two years, the median dollar amount for funding deals in consumer services has ranged between $2.5 and $3.5 million. However, in Q2, the median round size rose to $4.7 million for that category. 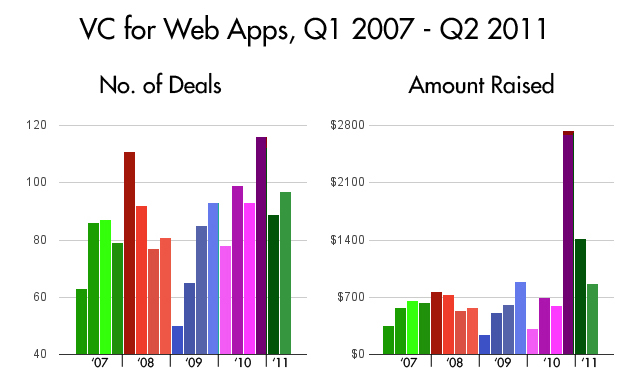 In the IT category, companies raised $2.3 billion in a total 255 deals, which represents year-over-year a 5% increase in deals and 9% increase in dollars. While several sectors, such as networking, hardware, and semiconductors, saw a dip in activity, the software business was booming.

This sector fell off a cliff in 2009 following the general economic downturn. However, investment has picked up again due to general interest in apps and software for business and communication, and both the number of deals and the dollar amounts are inching back toward pre-recession levels.

In Q2 2011, software companies closed 184 deals to raise a total of $1.2 billion. This activity represents a 10% increase in deal activity year-over-year and 26% increase in the amount of money raised. 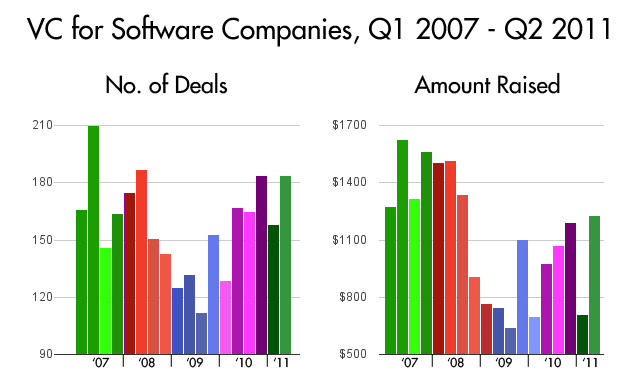 Other bright spots in the most recent quarter were in the medical category. Biopharmaceuticals saw 69 deals worth $1.1 billion, and medical software and IT services companies raised $198 million in 19 deals. 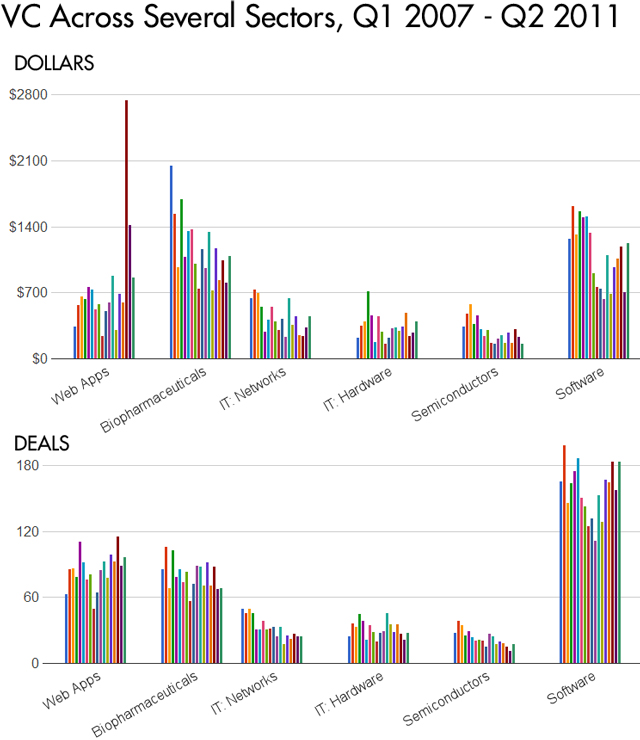